The ‘Euphoria’ star will play the role of an orphaned girl with scrappy, survivalist instincts in the upcoming series; DNEG set as lead VFX vendor. 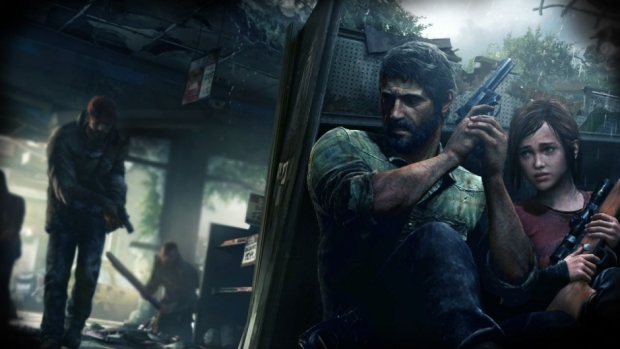 Storm Reid, the star of Euphoria and A Wrinkle in Time, is now set to join the cast of HBO’s series adaptation of The Last of Us.

Deadline reports that Reid will play Riley Abel -- an orphaned girl with a fiercely independent, anti-authoritarian streak who navigates the stark realities of a post-apocalyptic Boston. Riley is only mentioned, not seen, in the original 2013 game from Naughty Dog on which this series is based. Her character’s first actual appearance is in The Last of Us: Left Behind, a DLC to the first game who survives a devastating plague alongside protagonists Ellie and Joel.

Last February, AWN reported that Bella Ramsey (Game of Thrones) and Pablo Pascal (The Mandalorian, Wonder Woman: 1984) were cast in the roles of Ellie and Joel, respectively; that was followed on AWN with an April announcement of Gabriel Luna (Terminator: Dark Fate) cast in the role of Tommy, Joe’s brother, the ever-positive combat veteran. Ellie, who makes fast friends with Riley, is an impulsive 14-year-old girl hardened by her harsh environment. Joel is a smuggler hired to get Ellie out of a quarantine zone so they can help find a cure for the virus that’s ravaging civilization.

The series, will follow that same storyline, set 20 years after society collapses. Chernobyl creator Craig Mazin and The Last Of Us creator Neil Druckmann serve as co-writers, with Kantemir Balagov set to direct.

Reid’s additional credits include When They See Us, The Bravest Knight, The Invisible Man, and The Suicide Squad. Last October, she was cast in the forthcoming supernatural dramedy Darby Harper Wants You To Know. She’ll also appear in an in-the-works sequel to Searching, the 2018 mystery thriller from writer-director Aneesh Chaganty.

Back in September, leading VFX and computer animation outfit DNEG was identified as the series’ main effects provider. Most recently, the company worked to upgrade the signature Bullet Time effects in The Matrix Resurrections, and also served as lead vendor on Venom 2: Let There Be Carnage. Below, you can see all their work on that slimy MCU installment broken down in a reel that we at AWN premiered, highlighting some 750 shots across 20 sequences.