The Dragon has finally taken off, as the network officially drops the first sneak peek of its ‘Game of Thrones’ prequel that follows the Targaryen’s rise to power in Westeros. 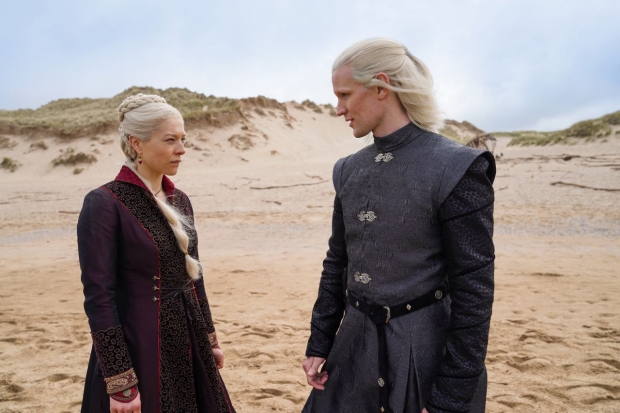 Before the mad king, before the Baratheon Rebellion, and before Daenerys, Tyrion, and Cersei were playing the Game of Thrones, there was house Targaryen conquering Westeros on the backs of Dragons. Based on George R. R. Martin’s 2018 book “Fire & Blood,” HBO’s new Game of Thrones prequel series, House of the Dragon, takes place 200 years before the events of the  Emmy Award-winning GoT fantasy series and tells the tale of the Targaryen’s 200+ year dynastic rise in Westeros.

This sneak peek gives us little tastes of the high fantasy drama that we’ve come to expect from GoT— sword fights, jousting and political intrigue— so fans can expect a wild ride on the back of this dragon while watching the Targaryen’s claw their way to power through “Fire and Blood.”

Production for the series started in 2021 and while there is no official release date yet—we should see the Targaryen’s dragons land on HBO and HBO Max sometime in 2022.