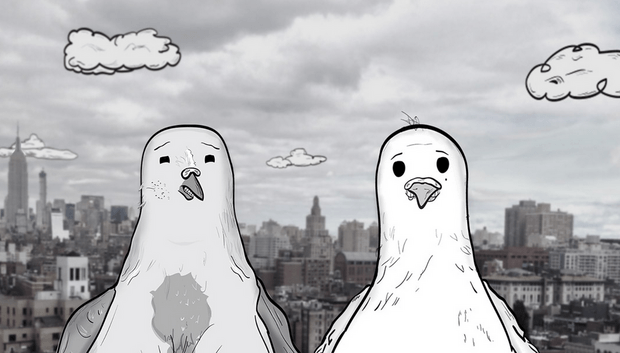 The new animated adult television series Animals, created by Phil Matarese & Mike Luciano, and produced by Duplass Brothers Television, will debut exclusively on HBO and its streaming platforms in 2016. In addition to airing the first season of the series, HBO has ordered a second season of the show from Duplass Brothers Television and holds worldwide right to the show. The first two episodes debuted at the 2015 Sundance Film Festival, which led to acclaim in the New York Times and Los Angeles Times.

Animals is part of the continuing relationship between HBO and Jay & Mark Duplass, whose acclaimed show Togetherness, also produced by Duplass Brothers Television, concluded its first season on HBO in March, and returns for a second season next year.

“Jay and I have been excited about bringing the principles of indie film to the TV space, and to have our first real experiment land at a place like HBO for two seasons is beyond what we could have imagined,” says Mark Duplass.

“Going from having made Animals in the supply closet at our day job to making Animals in a supply closet at HBO headquarters is an unfathomable dream come true,” add Phil Matarese & Mike Luciano. “HBO has so many supplies, you have no idea! Great for drawing stuff.”

Animals focuses on the downtrodden creatures native to Earth’s least habitable environment: New York City. Whether it’s lovelorn rats, gender-questioning pigeons or aging bedbugs in the midst of a midlife crisis, the awkward small talk, moral ambiguity and existential woes of non-human urbanites prove startlingly similar to our own. Matarese and Luciano voice many of the characters on the show, which also features guest voiceover artists such as Katie Aselton, Mark Duplass and Nick Kroll.

Phil Matarese and Mike Luciano met while working together at a New York City advertising production company, where they discovered a pair of pigeons across from their office and began speaking from their point of view. Matarese, an illustrator in his free time, proposed animating a scene based off their pigeon-riffing to screen at Luciano’s live variety show. The result was “Pigeons...” the first in a series of animated shorts that they dubbed Animals. It quickly became a full-time passion project, which they screened at venues throughout New York City, leading to appearances at SXSW and Palm Springs International ShortFest. Their quarter-hour installment -- a revamped “Pigeons” -- won Best Comedy honors at the 2013 New York Television Festival.