Audiences claim the crude depiction of the British royal family’s children goes too far, and not even the voice actors are safe from their ire. 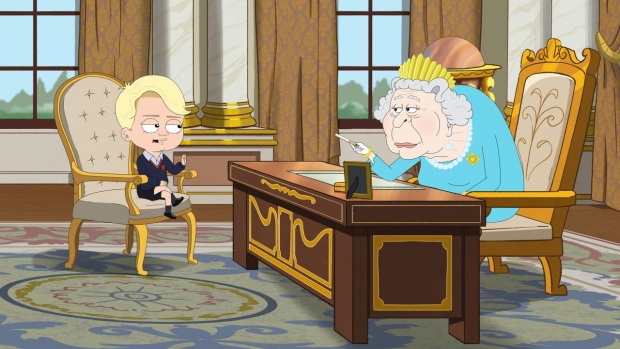 Tea has been served at Buckingham Palace, and it’s scalding hot. The wait for Gary Janetti’s animated comedy The Prince is finally over: all 12 episodes of Season One have dropped on HBO Max, and the controversial new show is… causing controversy. While Prince is described as a lighthearted satirical take on the British royal family, following George on, “his path in life as a young prince in modern times,” critics claim Janetti’s motives may be malicious. Or, at the very least, downright mean. It seems nothing was changed during the show’s self-imposed launch-pause following the death of Prince Philip earlier this year other than the addition of a rather weak disclaimer fronting each episode.

Many feel that the crude depiction of the royal children goes too far, and have taken to Twitter in the Royal Family’s defense:

Children are off limits - Its uncalled for & goes against our collective sense of responsibility to make fun of children. We don't need a misshapen fabricated perspective of a caricature of an 8yr old to satirise Royal Family.

Whatever your thoughts on the Royal Family, I think everyone can agree that children should be off limits. This is so gross and I cannot understand how it ever got made #ThePrince pic.twitter.com/0dvvCbAITl

Backlash has been so harsh, not even the voice actors are safe. Sophie Turner is being criticized for voicing Princess Charlotte in a role meant to mock the young royal, after pleading for the privacy of her own young daughter in the face of unwanted tabloid exposure. While sheltering children from the public eye is a noble venture, there is very much a difference between being stalked by paparazzi in real life and being parodied in an obviously inaccurate animated parody.

Incensed Brits aside, Prince has also been dubbed “a poor man’s Family Guy” by New York Post’s Michael Starr. Starr claims George “sounds like Stewie, the snide talking baby from Family Guy, and shares many of his characteristics” while Prince as a whole is, “a bit forced in that trying-to-be-outrageous sort of way.” Reacting negatively to satire is expected, but deeming the writing unoriginal and ineffective? Ouch on all fronts, Janetti.

Clutch your pearls and stream The Prince now on HBO Max.