With the new GoT franchise series premiering next month, the streamer decides to entrust its fanbase with the care and nurturing of young dragons; developed with The Mill, the augmented reality app is now available for download. 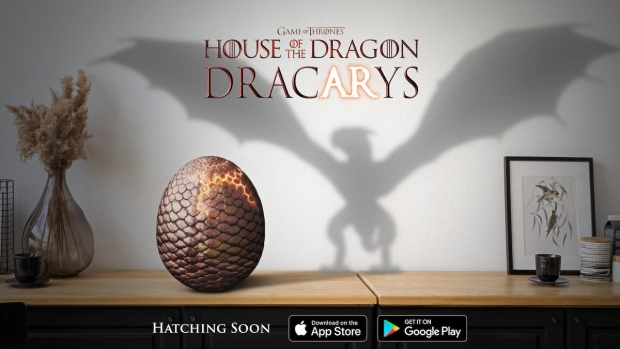 In anticipation of HBO Original House of the Dragon's debut on August 21, HBO Max is presenting fans with a never-before-imagined opportunity, one previously only dreamed of…. or seen in movies… or in a GoT fever dream!

Think of it: fans worldwide will be able to “hatch” and raise virtual dragons at home. Each Dragon will be unique to its user, and as it grows, it will develop its own look and temperament driven by interactions with its keeper, all based on George R.R. Martin lore. After all, who WON’T want to raise their own Dragon?

The streamer’s digital innovation and marketing teams collaborated with The Mill’s team of artists, technologists, and strategists to develop House of the Dragon: DracARys from scratch using the Unity game engine and powered by Niantic's Lightship technology with immersive sound design by London-based studio, Factory.

Check out how it works:

“With House of the Dragon: DracARys we have built the most personalized, responsive, virtual creature to ever live on your phone, brought to life in the latest augmented reality technology,” said Victor Pineiro, Director, Digital Innovation, HBO Max. “We can’t wait for fans to engage with DracARys and further immerse themselves in the world of Westeros.”

“When the dragons of Westeros appear on the show, it's always a breath-taking, awe-inspiring moment,” said Kevin Young, Creative Director at The Mill and Lead Creative on House of the Dragon: DracARys. “With DracARys, we wanted users to experience those moments of awe and wonder in the context of their everyday lives. Our ambitions are to complement the world of Westeros and the mythology of the show in an enriching way while pushing the boundaries of what is possible with virtual characters existing in mixed realities.”