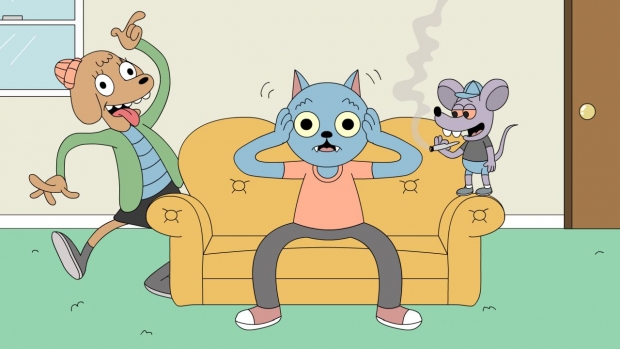 The four new adult animated Max Originals are as follows:

From creator and musician Sean Solomon, the show features a neurotic millennial cat whose intense job and freeloading mouse roommate stress him out. The show is about a 30-year-old man-child chasing his dream to become an artist while navigating adulthood with his friends. Produced by Michael B. Jordan’s Outlier Society, Michael Schreiber for Studio71, and David Devries, Obi is an adaptation of Obi Arisukwu’s popular Instagram comic strip. This project is co-created by Obi Arisukwu and Arthur Harris (The Last OG). Brian Michael Bendis and David Mack are adapting their acclaimed DC comic book series, “Cover,” an animated espionage thriller and conspiratorial love letter to the comic book industry that was nominated for multiple Eisner Awards. Bendis will write the series and Mack has signed on to direct. The show is produced by Rooster Teeth Studios.