A new season of ‘Regular Show’ creator JG Quintel’s animated comedy about a married couple, their young daughter, and divorced best friends - all living together in LA - hits the streamer April 7. 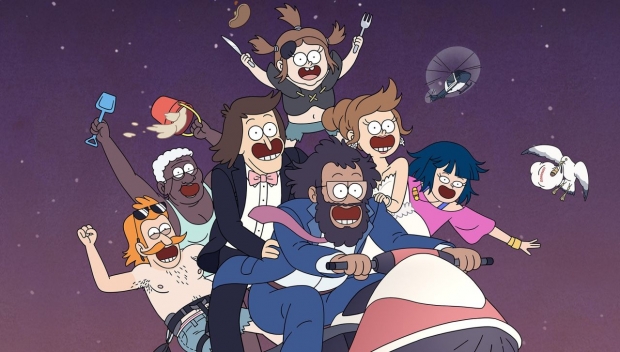 So, while fans wait for the S3 premiere of Close Enough to get closer… HBO Max has dropped key art and an official trailer, and that will have to suffice. While you’re waiting, ponder the question, “Are adult activities JUST kids’ activities with drinking?” (…yes?):

The show, produced by Cartoon Network Studios, is a surreal animated comedy about a married couple, their five-year-old daughter, and their two divorced best friends/roommates, all sharing a cramped apartment on the eastside of Los Angeles. They navigate a chaotic time in their 30s as they struggle to grow up without growing old. It’s about juggling work, kids, and pursuing your dreams, all while avoiding alien fitness cults, yacht-rock vampires, and silent film era bison. Their life may not be ideal, but for now, it's close enough.