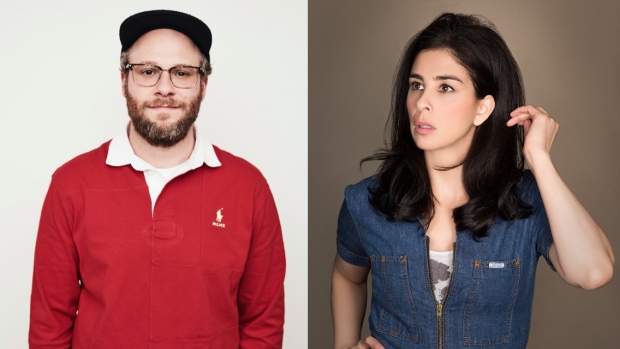 HBO Max has just picked up 8-episodes of the half-hour adult animated comedy series Santa Inc., starring Sarah Silverman and Seth Rogen. The series tells the story of Candy Smalls (Silverman), the highest-ranking female elf in the North Pole. When the successor to Santa Claus (Rogen) is poached by Amazon on Christmas Eve, Candy goes for her ultimate dream— to become the first woman Santa Claus in the history of Christmas.

The show will be written by showrunner Alexandra Rushfield (Shrill) and produced by Rogen’s Point Grey Pictures as part of their multiplatform partnership with Lionsgate. Rushfield, Silverman, Amy Zvi and Anomalisa’s Rosa Tran will also serve as executive producers.

“I have long dreamed of a taking a beloved holiday tradition and adding a feminist agenda and some R-rated comedy and when I read this script from Ali, with Seth and Sarah attached to voice, I knew that it was a perfect fit for us at Max,” said Suzanna Makkos, executive vice president original comedy and animation.

Both actors have a history of animated work. Silverman voiced the lead character Vanellope von Schweetz in both Disney hit features, Wreck It Ralph (2012) and Ralph Breaks the Internet (2018), as well as characters on TV shows like Futurama, The Simpsons and Bob’s Burgers. Rogen recently voiced Pumbaa on Disney’s The Lion King remake, as well as Mantis on DreamWorks Animation’s Kung Fu Panda feature film franchise. He also wrote, produced, and starred in the 2016 R-Rated animated romp, Sausage Party.

“Sarah and Seth are the perfect comedy duo for this empowering and very funny animated series shepherded by the hysterical Alexandra Rushfield,” said Lionsgate Head of Scripted Development Scott Herbst. “We look forward to diving into the world of animation with our Point Grey partners, and to bring the holidays to HBO Max in a totally unexpected and fresh way.”