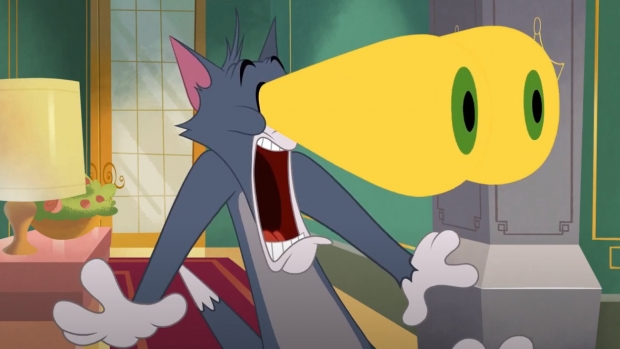 In the show, everybody’s favorite animated Cat & Mouse have moved to the big city, where Tom is the resident mouser at the 5-star Royal Gate Hotel and Jerry is the up-to-no-good resident mouse. In the first batch of new episodes, Tom and Jerry invade a department store after dark, Jerry helps an elephant hiding in a museum exhibit escape Tom, and hi-flying hijinks ensue when Tom and Jerry go kiting in the park. As the iconic frenemies continue their wild cat and mouse chase through New York City’s concrete jungle, they are joined by Spike the Bulldog, Butch the alley cat, and all their fun, fuzzy friends as they explore the city’s world-famous landmarks, subways and back alleys. Accompanied by a selection of original songs, the famed characters show off their fancy, furry footwork in fun-filled action that never lets up.