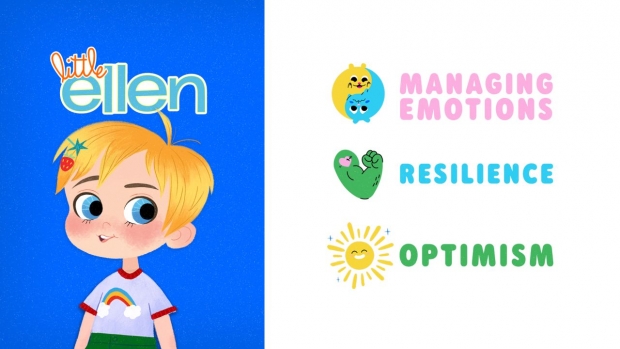 HBO Max has released a trailer for Little Ellen, a brand-new preschool 2D animated series celebrating individuality and wild imaginations. From Warner Bros. Animation and Ellen Digital Ventures, the show models optimism and resilience for young viewers as it explores the world through the eyes of a hilarious and unpredictable seven-year-old Ellen DeGeneres. The series headlines the launch of Cartoonito, WarnerMedia Kids & Family’s new preschool block and debuts Monday, September 13.

In this original series, seven-year-old Ellen DeGeneres is a funny, imaginative, and big-hearted kid navigating life in New Orleans alongside her wise and eccentric Gramsy, musical best friend Freckle, fashion-forward cousin Becky, and clever cat Charlie. Along their adventures, Ellen and her band of heroes find fun in everyday challenges. They help a lonely macaw make a friend, cheer up a sad storm cloud, find a new home for a lost puppy and even hit the stage with a musical legend! With the Big Easy as a backdrop, where there’s no shortage of good food, great music, and incredible people to share their stories, Little Ellen has a little bit of something for everyone!