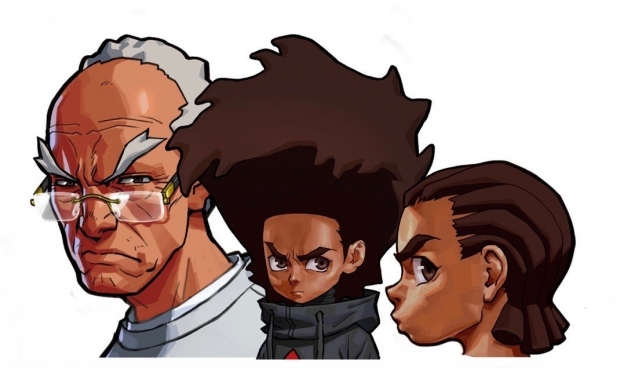 The reboot of The Boondocks originally ordered by HBO Max has now been called off, Variety reports.

Back in September 2019, HBO Max set its sights on a two-season revival of the satirical animated series, before its streaming service had officially launched. The initial plan was for The Boondocks to get 24 new episodes, which would hit the platform alongside 55 episodes from the original series in Fall 2020.

This rebooted version of The Boondocks was to be centered around self-proclaimed “Civil Rights Legend” Robert “Granddad” Freeman and his two rowdy grandsons Huey and Riley. The family had recently moved to an idyllic community in suburban Maryland only to see it taken over by the tyrannical Uncle Ruckus and his bizarre neo-fascist regime. Life under Ruckus turned out to be an everyday struggle to survive.

Aaron McGruder, who created the original comic strip, was set to serve as showrunner and executive produce alongside Norm Aladjem for Mainstay Entertainment, Seung Kim, and Meghann Collins Robertson. Sony Pictures Animation was producing the series with Sony Pictures Television.

Earlier this week, The Boondocks voice actor Cedric Yarbrough confirmed on Rudy Strong’s 1-on-1 W/ Deuces podcast that the show would no longer be returning in days ahead:

“I hate to say this, [but] right now the show is not coming back,” Yarbrough said. “We've been wanting to do the show and Sony decided they're going to pull the plug. Hopefully one day we'll be able to revisit it, and if we don’t, that’s what that is. I wish the show was coming back."

Neither HBO Max nor studio Sony Pictures Animation have issued any statements on the cancellation.