‘Looney Tunes Cartoons,’ ‘Batwheels,’ ‘Teen Titans Go!’ and ‘Gremlins: Secrets of the Mogwai’ were just some of the shows teased at celebrity and creative talent-filled panels this weekend. 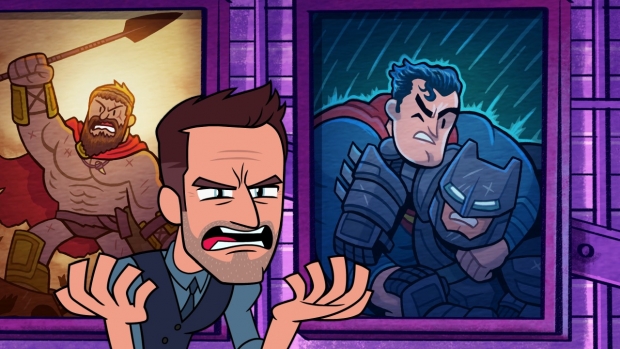 HBO Max and Cartoon Network channeled the excitement of the streamer and network’s return in-person to San Diego Comic-Con 2022 into a who’s who of talent-filled panels showcasing their upcoming animated series. Here are some highlights:

That's NOT All Folks! Looney Tunes for Everyone! (panel): The Day the Earth Blew Up: A Looney Tunes Movie The Origin Story You've Been Waiting For... Gremlins: Secrets of the Mogwai (Panel)

Gremlins: Secrets of the Mogwai:

Magic, mystery, mayhem, and Mogwai! The cast and crew of Gremlins: Secrets of the Mogwai treated fans to an inside look at the upcoming animated prequel series coming in 2023 to HBO Max; the show follows on Cartoon Network at a later date. Fans were tested on all things Craig of the Creek, Teen Titans Go! and We Baby Bears by a multi-show panel. They also got some news!

Craig of the Creek The Heroic Quest of the Valiant Prince Ivandoe: Comics Are Fun for Everyone (Panel):

This DC panel highlighted comics and graphic novels from across the DC Multiverse, as well as animation with more news and announcements.

The upcoming preschool animated series follows a group of young sentient super-powered vehicles as they defend Gotham City alongside Batman, Robin, and Batgirl.  It launches this fall on Cartoonito on Cartoon Network and HBO Max.