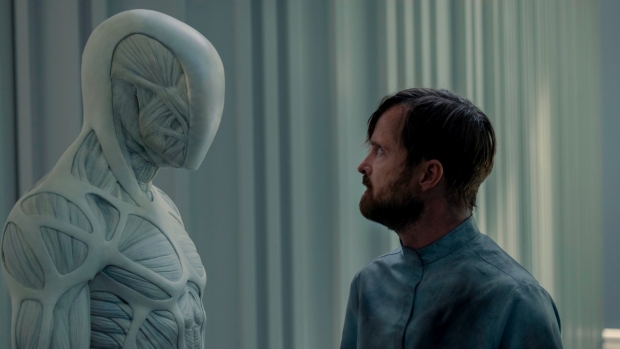 The axe has fallen on HBO’s big budgeted dystopian sci-fi thriller, Westworld, on the heels of its August 14 fourth season (and now series) finale, according to Variety.

Billed cryptically as “a dark odyssey about the fate of sentient life on Earth,” the just concluded fourth season was every bit the post-apocalyptic doomscape of seasons past, with just as much beautiful production design setting the stage for just as much head-scratching narrative.

A number of factors were cited for the cancelation, including the high cost of production, dwindling viewership, and ongoing cost-cutting at parent company Warner Bros. Discovery. Despite CEO David Zaslav’s stated desire to trim $3.5 billion over the next three years, he also has noted the company’s desire to spend on quality content, such as costly new productions like House of the Dragon and the highly anticipated The Last of Us adaption.

Regarding the cancelation, HBO stated, “Over the past four seasons, Lisa and Jonah have taken viewers on a mind-bending odyssey, raising the bar at every step. We are tremendously grateful to them, along with their immensely talented cast, producers and crew, and all of our partners at Kilter Films, Bad Robot and Warner Bros. Television. It’s been a thrill to join them on this journey.”

Nolan and Joy stated, “Making Westworld has been one of the highlights of our careers. We are deeply grateful to our extraordinary cast and crew for creating these indelible characters and brilliant worlds. We’ve been privileged to tell these stories about the future of consciousness – both human and beyond – in the brief window of time before our AI overlords forbid us from doing so.”

Though its 2016 debut was HBO’s highest viewed series premiere since 2014’s True Detective, and Season 1 was the most watched of any first year HBO series, viewership gradually declined each year before taking a large drop for the most recent season.

VFX houses that worked on Season 4 include CoSA VFX, Outpost VFX, and Pixomondo.