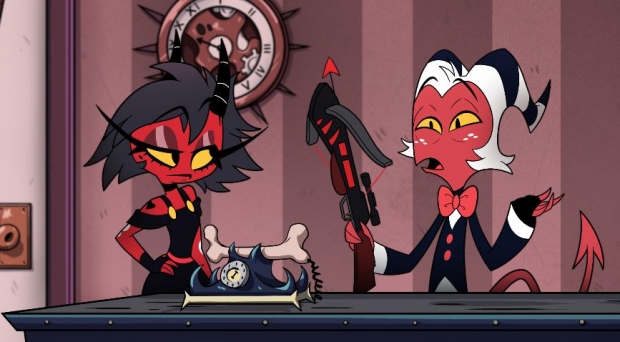 The new season of Helluva Boss will begin with 8 episodes that tell the story of a group of eccentric imps who attempt to start their own assassination agency by using a magical book which allows them to jump between Hell and Earth. Horseless Cowboy partnered with Medrano to cast and record actors who could lend their singing voices to the musical numbers while also delivering vocal performances in the devilishly twisted comic tone that the series requires.

Helluva Boss is a dark comedy animated web series directed, written, and produced by Vivienne Medrano, the creator of the animated web series Hazbin Hotel. After Medrano posted the pilots of Hazbin Hotel and Helluva Boss to her YouTube channel, Vivziepop, the videos became an overnight sensation; both pilots have amassed a combined 65 million views since their premiere in late 2019. A24, the production company behind Euphoria and The Lighthouse, announced on August 7 that it plans to pick up Hazbin Hotel for a full series order.

“We were thrilled to partner with a brilliant young creator on such a unique series,” commented Horseless Cowboy GM, Timothy Cubbison. “Fans of the pilot will enjoy it as we further explore the world and introduce new characters voiced by some wonderful actors. The show is special and has developed a loyal following. In fact, some well-known actors even reached out about getting involved, so fans should expect a couple fun surprises during the season.”

The entire first season will be released on Medrano’s YouTube channel Vivziepop.