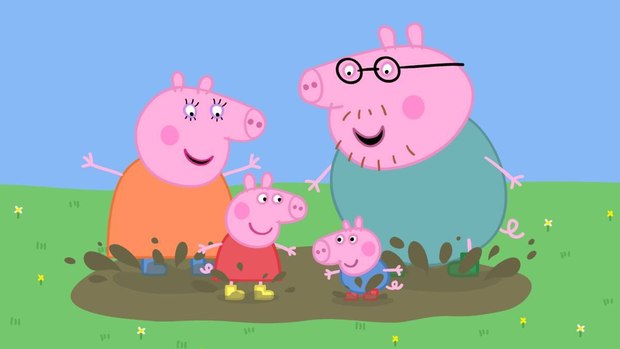 Hasbro, the world’s most valuable toy maker, announced today they have acquired Canadian entertainment and media company Entertainment One in a $4 billion all-cash deal, expanding its preschool storytelling platform by taking the reins on the hugely successful Peppa Pig and PJ Masks franchises. Under the terms of the agreement, eOne shareholders will receive $6.80 in cash for each common share, which Hasbro said represents a 31% premium to 30-day average price as of August 22.

Hasbro’s entertainment properties are considerable, and include well-known G.I. Joe, Transformers, Nerf, My Little Pony and Power Rangers, as well as the Playskool and Tonka toy brands.

Brian Goldner, Hasbro chairman and CEO, commented, “The acquisition of eOne adds beloved story-led global family brands that deliver strong operating returns to Hasbro’s portfolio and provides a pipeline of new brand creation driven by family-oriented storytelling, which will now include Hasbro’s IP. In addition, Hasbro will leverage eOne’s immersive entertainment capabilities to bring our portfolio of brands that have appeal to gamers, fans and families to all screens globally and realize full franchise economics across our blueprint strategy for shareholders. We are excited to welcome eOne’s talented employees from around the world into the Hasbro family.”

According to the joint company statement, “the acquisition of highly profitable and merchandisable preschool brands is a strategic growth opportunity for Hasbro in the Infant and Preschool category, the largest super-category in the toy and game industry in the G11 markets, according to the NPD Group. Peppa Pig is an evergreen property that has thrived for over a decade and extended itself to new profit streams that continue its success. PJ Masks growth outlook is supported by new formats, its current rollout in China, the launch of new seasons in multiple regions, a live touring event and new toy lines.”

“Hasbro’s portfolio of integrated toy, game and consumer products, will further fuel the tremendous success we’ve achieved at eOne,” Darren Throop, eOne CEO said. “There’s a strong cultural fit between our two companies; eOne’s stated mission is to unlock the power and value of creativity which aligns with Hasbro’s corporate objectives. eOne teams will continue to do what they do best, bolstered by the access to Hasbro’s extensive portfolio of richly creative IP and merchandising strength. In addition, the resulting expanded Hasbro presence in Canada through eOne’s deep roots will bring world class talent and production capabilities to Hasbro. Along with our leadership team, I look forward to working with Hasbro on our joint growth and success for many years to come.”