Davis will be responsible for developing content for the toy maker’s brands across multiple platforms, retaining oversight of the company's Los Angeles-based Hasbro Studios, the global licensing and publishing teams, in-house commercial production at Cakemix Studios, and management of Hasbro's ongoing interest in the Discovery Family channel. 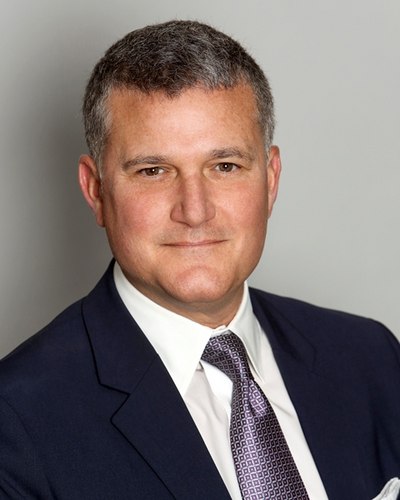 In his new role, Davis will be responsible for developing content for Hasbro's brands across multiple platforms, reporting to John Frascotti, President, Hasbro Brands. He will retain oversight of the company's Los Angeles-based Hasbro Studios, the global licensing and publishing teams, in-house commercial production at Cakemix Studios and he will manage Hasbro's ongoing interest in the Discovery Family channel together with Frascotti.

"During the past several years, we have been steadily building our omniscreen storytelling capabilities, globally reaching kids and families everywhere that they are consuming content," said John Frascotti, President, Hasbro Brands. "Today's appointment not only recognizes the tremendous vision and momentum that Steve has brought to Hasbro Studios and to Hasbro, but also reflects the decision to closer align storytelling to the transformative work our teams are doing to bring branded play to life around the world."

Additionally, Davis will work closely with Hasbro's President & Chief Executive Officer Brian Goldner to oversee the Company's recently announced film label, Allspark Pictures, as well as franchise films such as Transformers that are produced in partnership with major studios.

"Allspark Pictures is an evolutionary step in our entertainment strategy that allows us greater control of the film process and an increased opportunity to reach multiple audiences including and beyond young children," said Hasbro President & CEO Brian Goldner. "In Steve's newly evolved role, we will work together to leverage our extensive experience in TV and film production to develop fresh and compelling movies based on select Hasbro brands for our global audiences."

The first two films to be produced under the Allspark Pictures banner are Jem and the Holograms as a live action film and a My Little Pony animated feature film.

"Storytelling is the power behind successful brand building," Davis said. "Using great stories and great characters to drive innovation in all that we do is an important strategic differentiator for Hasbro. I look forward to ensuring that our stories continue to connect and engage with today's consumers around the world, in all forms and formats -- across digital, television, animated and live action films."

Davis has led Los Angeles-based Hasbro Studios, the company's global TV and short-form development, production and international distribution unit, since its launch in 2009. With the expansion of his portfolio three years later, Davis gained responsibility for all of Hasbro's global film activities, and assumed responsibility for its Global Licensing & Publishing division in 2013. Prior to joining Hasbro, Davis was CEO of Family Entertainment Group LLC, which, under his direction, was engaged in the development, production, revitalization and distribution of family entertainment content for the traditional and digital space.