Harry Shearer Returning to ‘The Simpsons’

All six principal voice performers will return for the historic 27th and 28th seasons of ‘The Simpsons,’ with Dan Castellaneta, Julie Kavner, Nancy Cartwright, Yeardley Smith, Hank Azaria and Harry Shearer back in the roles they’ve inhabited since 1989. 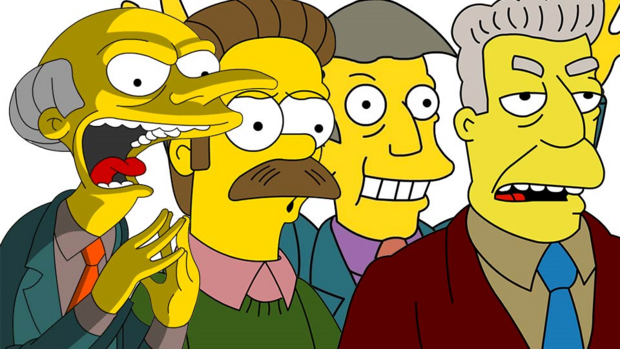 Following the announcement of The Simpsons’ renewal for an unprecedented 27th and 28th seasons, FOX is proud to confirm that each and every member of the iconic series’ voice cast will be returning in the roles they’ve brought to life since the show’s beginnings as a series of animated shorts nearly 30 years ago.

The critically acclaimed The Simpsons voice cast has been recognized with countless awards over the series’ 26 seasons, including 11 Emmys. In fact, every main cast member -- Dan Castellaneta, Julie Kavner, Nancy Cartwright, Yeardley Smith, Hank Azaria And Harry Shearer -- has won a Primetime Emmy Award for Outstanding Voice-Over Performance at some point in the show’s run, which, with the recent two-season pick-up, will extend to an astounding 625 episodes…and counting.

The longest-running scripted show in television history, The Simpsons exploded into a cultural phenomenon in 1990 and has remained one of the most groundbreaking and innovative entertainment franchises, recognizable throughout the world. Currently in production on its record-annihilating 27th season, The Simpsons has won 31 Emmy Awards, 31 Annie Awards, a 2015 People's Choice Award, and was the first animated series to win a Peabody Award and was nominated for an Academy Award in 2012 for the theatrical short The Longest Daycare.  The Simpsons Movie was an international hit feature film, the mega-attraction The Simpsons Ride at Universal Studios has received historic expansion updates with the addition of “Springfield” and the show was honored with a star on The Hollywood Walk of Fame in 2000. It has been named the “Best Show of the 20th Century” by Time magazine, and called the “Greatest American Sitcom” by Entertainment Weekly in 2013.

The Simpsons is a Gracie Films Production in association with 20th Century Fox Television. James L. Brooks, Matt Groening and Al Jean are the executive producers. The Gracie Films Worldwide Brand Division develops and produces the licensed content for the series. Film Roman, a Starz company, is the animation house.