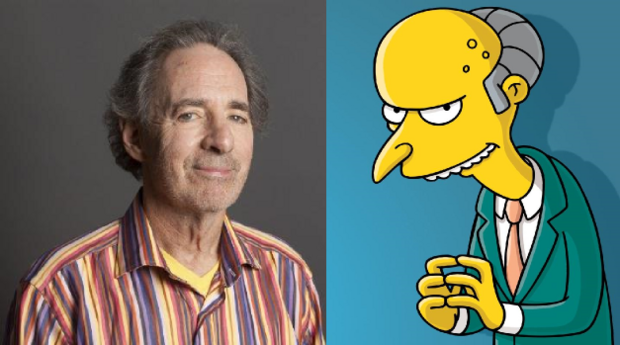 The news comes on heels of Fox’s announcement that the network had picked up The Simpsons for two more years -- the show’s 27th and 28th seasons, which would bring it to more than 600 episodes.

Shearer cryptically made his announcement on Twitter in a series of tweets that suggested his departure is due to contract issues, ending, “Thanks, Simpsons fans, for your support.”

This because I wanted what we've always had: the freedom to do other work. Of course, I wish him the very best. (2/2)

Thanks, Simpsons fans, for your support.

Simpsons showrunner Al Jean said in an email to The New York Times, “Harry Shearer was offered the same deal the rest of the cast accepted, and passed. The show will go on and we wish him well. Maggie took it hard.”

Jean said The Simpsons would continue to use characters that Shearer played. “We do not plan to kill off characters like Burns and Flanders but will recast with the finest voiceover talent available.”

The comedian and actor has been a part of the Simpsons cast since it made its debut in 1989, in addition to appearing on Saturday Night Live and in films including This Is Spinal Tap. He is the host of the radio program “Le Show,” which offers his weekly perspectives on politics and current events, and starred in the series Nixon’s the One, in which he played President Richard M. Nixon in a recreation of his secret Oval Office tapes.