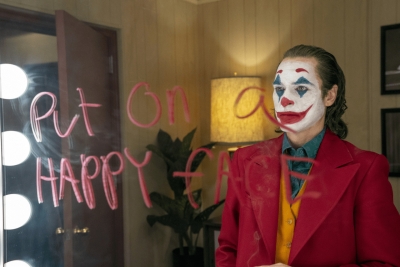 As another famous Joker once said, “It’s allll part of the plan.” According to Deadline, Harry Lawtey (Industry) will join Joaquin Phoenix, Lady Gaga (A Star is Born), Jacob Lofland (Mud, Maze Runner: The Scorch Trials), Brendan Gleeson (In Bruges, Paddington 2), Catherine Keener (Get Out, The 40-Year-Old Virgin), and Zazie Beetz (Joker, Deadpool 2) for the Joker sequel Joker: Folie à Deux. While not much is known about the plot of the film itself, it will be a musical of sorts, centered on the relationship between Phoenix’s Joker and Gaga’s Harley Quinn. After all, Folie à Deux does mean the “madness of two.” How romantic.

Set in a gritty ’80s Gotham, 2019’s Joker is considered a standalone film, separate from the currently established DCEU. This allowed the wayward project certain creative freedoms that resulted in not only an R rating, but earnings of more than $1 billion worldwide and Oscar awards for Best Actor and Best Original Score.

Returning for the mad sequel is director Todd Phillips, who will again pen the script alongside Scott Silver. Production is set to begin in December. VFX on Joker were produced by Scanline VFX and Shade VFX for Production VFX Supervisor Edwin Rivera. No word yet on which studios will handle the new production.