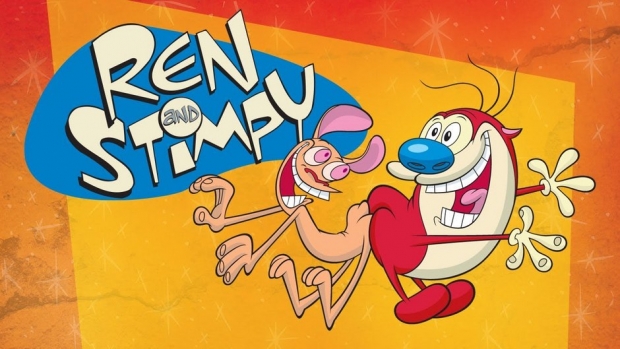 ViacomCBS has just given the nod to bring back one of the most acclaimed animated series of the past 30 years. Comedy Central has just announced a greenlight for a reimagined The Ren & Stimpy Show, the controversial Emmy Award-nominated series from troubled genius John Kricfalusi that first launched its celebrated brand of cartoon mayhem on Nickelodeon alongside Rugrats and Doug back in 1991. Absent from the network’s release is any mention of John K, as he is known, or any other attached creatives or show order details. The series order joins a growing list of similar renewals that includes the recently announced Beavis and Butt-Head from Mike Judge and Daria spin-off Jodie.

Nina L. Diaz, President of Content and Chief Creative Officer for ViacomCBS Entertainment & Youth Group, commented, “I want to thank our partners at Nick Animation as we re-imagine these iconic characters with a new creative team.”

“We are excited to reinvent this iconic franchise with a new creative team and our partners at the Nickelodeon Animation Studio,” Chris McCarthy, President of ViacomCBS Entertainment & Youth Group, added.  “Ren & Stimpy joins our rapidly expanding roster of adult animation including South Park, Beavis and Butt-Head and Clone High as we continue to reimagine our treasure chest of beloved IP for new generations.”

Unless you’re a hardcore fan, you might wonder if Ren is the demented chihuahua or the half-witted cat. For the record, Stimpy is the blue-nosed cat; Ren the mosquito-looking dog. Running for five seasons, the series was revered for its black comedy, toilet humor, and sexual innuendo, which led to numerous altercations with Standards and Practices and earned ardent fans worldwide. Known as a difficult, but incredibly talented animator and director, Kricfalusi was eventually unceremoniously fired off his own show in 1992; purists claim the series was never the same.

Kricfalusi has had a busy career, including the creation of shows like The Goddamn George Liquor Program and The Ripping Friends, numerous commercials and shorts, two The Simpsons couch gags, and directing 100 episodes of The Powerpuff Girls. However, he courted controversy again in 2018 when, in a lengthy BuzzFeed news report, he was accused by two women of sexual misconduct with them as underage fans back in the 1990s. One reportedly lived with him when she was 16. In a response, Kricfalusi’s lawyers confirmed some aspects of the story; the director released an apology, claiming his actions were the result of an undiagnosed bipolar disorder, ADHD and poor impulse control associated with an almost 3-decade reliance on alcohol.