Marvel and Dynamite Entertainment’s chain mail bikini-clad warrior will hit the big screen for the first time since 1985, after decades of roadblocks and no shortage of drama. 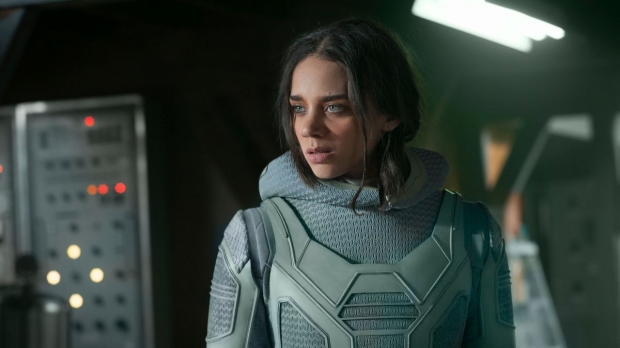 The next badass comic book heroine is here! Hannah John-Kamen (Killjoys, Ant-Man and the Wasp) is set to slip into the chain-mail bikini of the popular Conan the Barbarian warrior, Red Sonja. Originally published by Marvel Comics from 1973-1986 and by Dynamite Entertainment since 2005, the series was rebooted by writer Gail Simone in 2013.

“Hannah is a very talented actress who we’ve been following for years and she is Red Sonja,” the film’s director Joey Soloway (Transparent) said in a statement to The Hollywood Reporter. “Her range, sensibilities and strength are all qualities we have been looking for and we couldn’t be more excited to embark on this journey together.”

Red Sonja was first adapted from the comics in 1985 (remember… with Brigitte Nielsen, Arnold Schwarzenegger, and Sandahl Bergman?) and is due for a revival after many roadblocks and no shortage of drama that began with a planned 2008 remake directed by Robert Rodriguez with Rose McGowan in the titular role. Bryan Singer boarded as director in 2018, the production shut down in 2019, and that was that until this new casting announcement. The current version is being penned by Soloway and Tasha Huo (Tomb Raider), with production under the Millennium Films banner. The film overflows with producers, including: Mark Canton (300) and Courtney Solomon (After); Christa Campbell and Lati Grobman for Campbell Grobman Films; Andrea Sperling for Topple; and for Millennium Media, Yariv Lerner, Jeffrey Greenstein, Jonathan Yunger, Les Weldon, Joe Gatta, and Tanner Mobley. Millennium’s Lerner, Boaz Davidson and Trevor Short are executive producing, along with Luke Lieberman for Red Sonja LLC, Nick Barrucci for Dynamite Entertainment and Dorothy Canton.

John-Kamen recently wrapped production on Resident Evil: Welcome to Racoon City. She’s got the role of “ass kicker” in the bag.