Hank Azaria Says No to More Apu on ‘The Simpsons’

Veteran comedian and long-time voice of the show’s Indian immigrant convenience store owner is stepping down from the role. 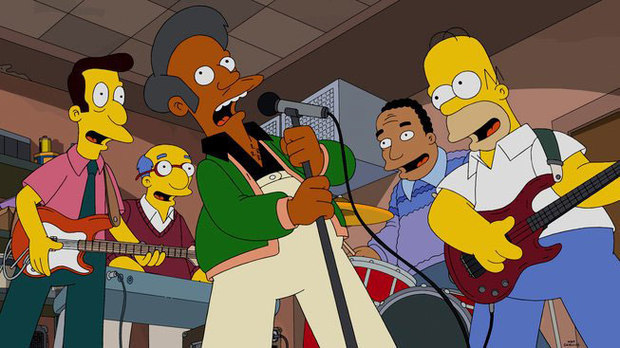 Hank Azaria is officially saying goodbye to his long-time role as the voice of Kwik-E-Mart owner Apu on The Simpsons. According to an interview on SlashFilm, the veteran comedian is calling it quits and “won’t be doing the voice anymore, unless there’s someway to transition it or something.”

Noting that there was no resistance to the decision and that he and show management “all agreed on it,” Azaria further commented, “What they’re going to do with the character is their call. It’s up to them and they haven’t sorted it out yet. All we’ve agreed on is I won’t do the voice anymore.”

Criticism of the show’s use of Azaria to voice a stereotypical Indian character, and calls for him to stop, came to a head with the release of comedian Hari Kondabolu’s 2017 documentary, The Problem with Apu, which featured multiple interviews with people of Indian and South Asian descent who shared how they were bullied or mocked by people citing the thick-accented convenience store owner in their harassment. Kondabolu claimed that Apu, a college educated Indian immigrant, voiced by Azaria with an outrageously exaggerated accent, was inherently racist and insulting. According to the comedian, in a 2012 segment he did on Totally Biased with W. Kamau Bell (he was a writer on the show), Azaria, a Greek-American, sounds like “a white guy doing an impression of a white guy making fun of my father.”

As for series creator Matt Groening’s promised response, the show addressed the Apu issue in their April 8, 2018 episode, “No Good Read Goes Unpunished.” In the episode, as Marge reads her favorite childhood book, “The Princess in the Garden” to Lisa, she realizes its quite more culturally offensive then she remembered. Reflecting on society’s increasing political correctness, Lisa looks at the camera and says, “Something that started decades ago and was applauded and inoffensive is now politically incorrect. What can you do?” She then looks over at a framed picture of Apu, which has the line “Don’t have a cow!” written on it.

To some, the show’s response to the situation was yet further evidence of the producers’ arrogant laziness in refusing to properly address, or even recognize, the claim of systemic racism in the character of Apu. In fact, much of the current criticism directed at the ground-breaking series considers it far past its prime, mired in a tired style of humor that seems antiquated, stuck in a mindset formed 30 years ago, before many critics were even born. In a December Washington Post feature, “How ‘The Simpsons’ lost its edge,’ Phillip Lamarr Cunningham wrote about the episode, “The woeful response is indicative of what appears to be the show’s final descent from trenchant satire to tone-deaf mediocrity and reflects a loss of the self-awareness that made the series great.”

To others, the show’s response was yet further evidence of its brilliant satirical riffing on contemporary society, an attempt to examine ourselves by laughing at ourselves with humor aimed at people of all colors, gender, lifestyle choice, religious and political leanings. The controversy, they claim, is yet another example of society’s ongoing “politically correct” overreaction.

In an April 25, 2018 appearance on The Late Show with Stephen Colbert, Azaria offered to stop voicing the character. “I’m perfectly willing and happy to step aside, or help transition it into something new,” said Azaria, who has won four Emmy Awards for voicing the character on the long-running animated comedy series. “The idea that anyone, young or old, past or present, was bullied or teased based on the character of Apu, it just really makes me sad. … It was certainly not my intention. I wanted to spread laughter and joy.”

After the interview, Kondabolu posted on his Twitter feed: “Thank you, @HankAzaria. I appreciate what you said & how you said it.”

With Fox and The Simpsons now part of the great big Disney entertainment family, and the venerable show’s viewership at an all-time low, the future of not just who will voice Apu, but how much longer that question will even be relevant, remains to be seen.