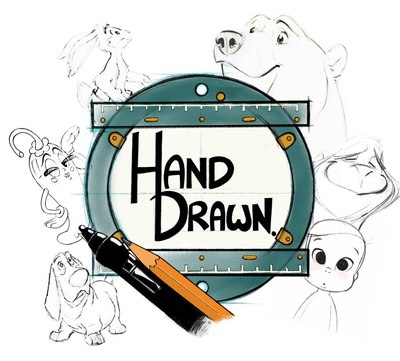 Hand Drawn, director Felicity Morland’s upcoming feature-length documentary about the past, present and potential future of 2D hand-drawn animation, as told by the animators keeping it alive, is in the final push to raise a finishing fund to complete the production. The Indiegogo campaign ends December 7 – click here to find more information about the project and how you can participate.

Morland’s project features interviews of both independent and mainstream animators who are keeping the medium alive, whether for filmmaking, TV productions, video games, or otherwise. The creators are a small but dedicated team of animation enthusiasts, including Morland, Aidan Fantinatto (associate producer), and Robert Fantinatto as producer (director of I Dream Of Wires documentary).

The film features Glen Keane, James Baxter, Nancy Beiman, Sergio Pablos, Craig McCracken, Floyd Norman, Nora Twomey, Joe Murray, Dan Haskett, Ross O'Donovan and Jorge R. Gutierrez among the 40+ animators interviewed from the US, France, Ireland, and UK. One of the goals for the new crowdfunding campaign is to also include perspectives of anime directors and animators from the Japanese anime industry.

Interviewees have opened up when they speak about their passion for the craft, leading to inspiring stories and insights as well as solemn moments and discussion of their challenges.

With so much changing in the animation landscape including the rise of streaming services, development of new hand-drawn methods (Virtual Reality, new 2D lighting systems) and new avenues for independent creators, 2D animation is being brought forward with recent hand-drawn animated projects like the feature-length traditionally animated film Klaus, TV series like Green Eggs and Ham, and video games such as Cuphead. This is an important chapter in hand-drawn animation history that must be documented now.