Showtime teases sneak of Master Chief and Cortana as its live-action adaption of the fan-favorite video game series goes back under the lights after production shut down due to COVID-19. 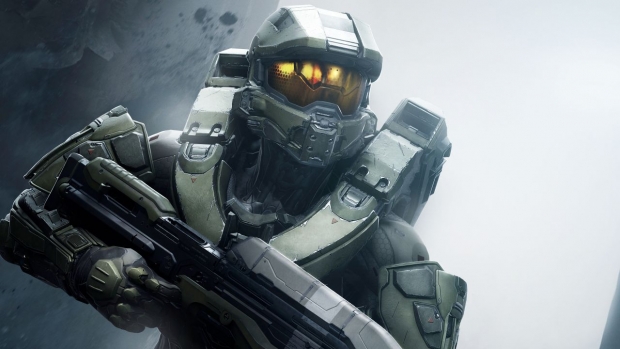 Master Chief is back! After struggling through years of development red tape, and then a COVID-19 shutdown, the live-action series adaptation of beloved Bungee video game Halo has resumed filming. This exciting news comes with a sneak peek at Master Chief, and a surprising announcement about Cortana. In celebration of filming back underway, the Halo Twitter account has shared a picture of Pablo Schreiber in partial Master Chief garb. Although he’s not in the full suit, the lower half of his helmet is very true to the games.

Natascha McElhone, who was slated to play Cortana, has been replaced with Jen Taylor, the voice of Cortana from the video games. While this is unfortunate for McElhone, who had to forego the role due to scheduling conflicts, fans will surely embrace Taylor. It seems that McElhone will play Dr. Catherine Halsey, Cortana’s creator, while Taylor will play her voluptuous AI robot counterpart.

Live-action video game adaptations are notoriously difficult to pull off, and rarely succeed. But, we have to admit, this is pretty damn exciting. The series is slated to release on Showtime in 2021.