Hallmark Gets BENT for the Holidays 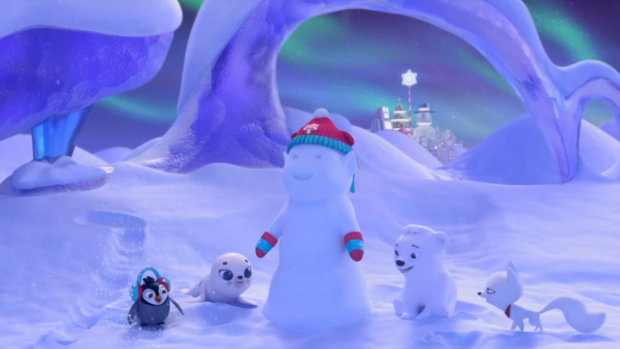 Portland, OR -- Internationally acclaimed animation and digital arts studio BENT Image Lab announced the release of Polariffic: Yeti or Not, an original holiday short for Hallmark.

Taking place in the North Pole, Polariffic is a story about a foursome of Arctic friends that takes a journey from fear to friendship. Snowby a gentle polar bear, Jaz a be-bopping penguin, Flitter a light-on-her-feet artic fox and Cupcake a thoughtful baby seal are the best of friends, until one day they encounter Charlie, a young Yeti who tries to befriend them. At first terrified, the four friends find themselves face-to-face with the Yeti and must muster the courage to trust him in order to save themselves. In the end the gang learns appearances aren't always what they seem.

This Hallmark Channel's original program is directed by Rob Shaw and produced in CGI at Bent Image Lab.

“It was great to have the creative freedom to create the story and the world for these little critters,” Shaw says. “Everyone, including the designers, animators, CG artists, etcetera, felt open creatively, and as a result we ended up with something unique. It's a very soft and friendly piece that feels sincere.”

“The team created a magical world, designing and building everything from the ground up,” says BENT executive producer Tsui Ling Toomer Martin. “Under Rob’s direction, I feel we achieved something truly special.”

“Rob and his team have captured a fantastic look and energy that is pushing the envelope of new classic style,” adds BENT executive producer Ray Di Carlo.