HAFF Announces World Premieres of ‘Ticking Away’ and ‘Löss’

The Holland Animation Film Festival has announced that the 2016 edition will be hosting the world premieres of two Dutch shorts, Ticking Away by Michael Sewnarain and Löss by Yi Zhao. The 19th edition of the festival runs March 16-20, 2016. 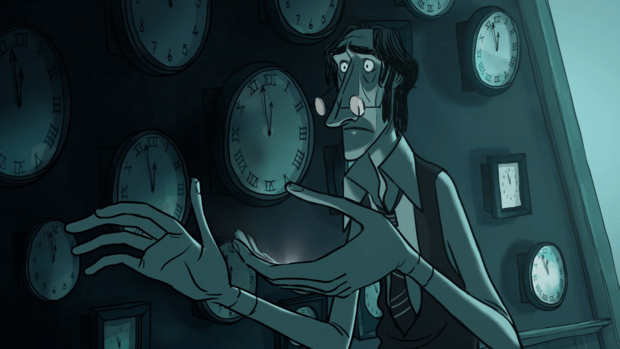 Through the Cinecrowd crowdfunding website, filmmaker Michael Sewnarain secured sufficient funds to realize his dream short Ticking Away. The breathtaking result can be watched for the first time at HAFF 2016. Ticking Away tells the story of a soured watchmaker, who is lonely but finds comfort in his job. His life hasn’t exactly been easy. One evening, a strange man brings him a very special watch to repair...

Sewnarain is an animation filmmaker, story-artist and illustrator with field experience of more than twenty years. His short film Rain (2005) was selected and shown at many international film festivals. Apart from developing and working on his own film ideas, he regularly collaborates on commercial productions, television specials and feature films working with internationally renowned directors like Joanna Quinn, Peter Dodd and Piet Kroon. Ticking Away is also selected for the competition Dutch animation. Yulin, a Chinese farmer’s wife, leads a tough life in Yi Zhao’s tragic short Löss; she is poor, childless, and constantly abused by her husband. Her only escape is making mud dolls and fantasizing about a better life. In one violent clash, Yulin kills her husband and buries him in the forest.

Chinese-Dutch filmmaker Yi Zhao attended the AKV St. Joost in Breda. His graduation film On the Water (2010) was laurelled at several film festivals. Löss is also selected for the competition Dutch animation.