‘Descent’ by Johan Rijpma, ‘Ultrakort Leader’ by Patrick Raats, and a contagious music video for ‘Nobody Beats the Drum: Let it Go’ by Max Italiaander and Levi Jacobs are all nominated for the Grand Prix prize in Dutch Animation at the 18th edition of the Holland Animation Film Festival. 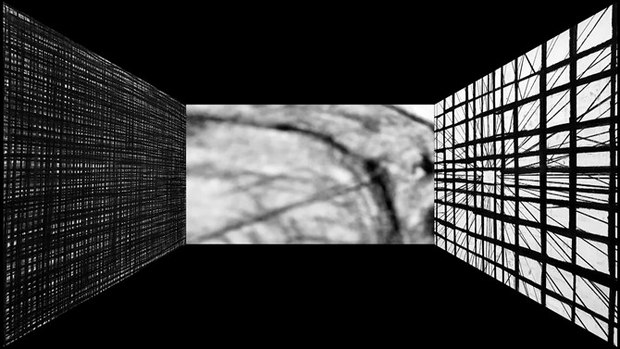 Kicking off its 2015 edition on Wednesday, March 18, the Holland Animation Film Festival has unveiled the nominations for the Grand Prix prize for Dutch animation along with the winner of the Professional Award for Dutch animation.

HAFF is a unique five-day international meeting place for all professionals, animation lovers, students, upcoming talents and all interested audiences featuring competitions, thematic programs, talk shows, exhibitions and installations. The 18th edition of HAFF runs March 18-22, and the Grand Prix awards will be presented on Sunday, March 22nd, the last day of the festival.

The Professional Award for Dutch animation was awarded to The Black Room by Robbie Cornelissen and Kees Went. This groundbreaking project consists of 60 animations based on charcoal drawings on paper, in which the themes of perspective and space, abstraction and figuration, and the transition from two- to three-dimensional space are being examined.

“Using the most basic drawing tools, Robbie Cornelissen has been building his own world for years,” commented the expert jury, consisting of Marieke van Middelkoop (filmmaker, NL), Menno de Nooijer (performer and filmmaker, NL) and Serge Onnen (filmmaker, NL). “And since a few years, this world is put into motion in richly layered animations. This is how simple it can be, and how complex the game played with it. A triptych where a dark choreography of lines and side wings encloses the spectator and releases him again: air & earth, breath & suffocation, play & coercion, freedom & captivity, black & white. Pencils never get boring.”

The soundtrack, created by editor Kees Went, turns the film into a seamless whole so that the viewer gets sucked into it even more.

Also on Wednesday, the professional jury revealed the nominations for the Grand Prix for Dutch Animation. Three films were selected:

Descent by Johan Rijpma, in which a cylinder-shaped cup falls and breaks into pieces. Every frame of this recorded movement is then manually translated into ceramic layers made from the original remains of the cup. The contagious music video for “Nobody Beats the Drum: Let it Go” (2014), made by Max Italiaander and Levi Jacobs, is about a man who leaves his stressful life behind and sets off on an adventure on Planet Tropicana. And Ultrakort Leader (2014) by Patrick Raats, with a dachshund featuring in the announcement of a series of ultrashort animation films.

The winner of the Grand Prix for Dutch animation will be announced Sunday March 22 alongside the winners of the competition for features, shorts, students and HAFF Junior. The MovieZone jury, consisting of young adults between 15 and 19 years old, will also present their favorite short.