Animation company Guru Studio announces the appointment of Terry Rotsaert as Director of Operations and Technology, and the promotion of Brandon James Scott to Art Director. 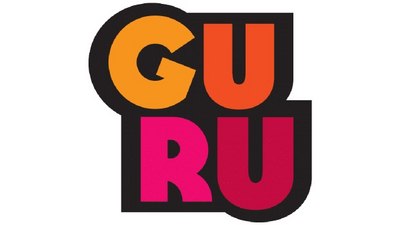 Toronto -- Guru Studio has announced the appointment of Terry Rotsaert as Director of Operations and Technology, and the promotion of Brandon James Scott to Art Director. Both appointments are part of the animation company's push to strengthen operational and creative oversight.

As Director of Operations and Technology, Rotsaert will be responsible for both long-term and day-to-day studio operations across Guru Studio’s extensive 2D and 3D production pipelines. This includes the company’s deployment of creative technology for the studio's management team, its 200+ artists as well as its interactive arm Guru Arcade. Rotsaert is also Producer on the first season of Dinopaws, the recently launched show on Treehouse and BBC Worldwide/cBeebies. Rotsaert has helped bring to life some of the industry’s most memorable properties including Arthur, Caillou, Backyardigans, Babar, Little Bear, Franklin and Magic School Bus. Beginning his career as a layout supervisor and assistant director, he's gone on to manage dozens of animated series, most recently as Head of Production for Cookie Jar Entertainment and DHX Media.

“Terry understands the intricacies and enormity of the creative process in animation and his experience on the front lines makes him a tremendous asset during this extensive period of rapid growth,” noted Guru Studio president and creative director Frank Falcone. “We are very excited to see him apply his talents to drive unique and creative solutions for our studio.” Brandon James Scott, creator of Guru Studio’s award-winning and hit preschool series Justin Time, and writer/illustrator of two series-based books ("The Big Pet Story" and "The Pancake Express") has been promoted to Art Director. In his new role, Brandon will oversee the art direction on all shows in the studio, including pilots, brand management and new development. Before joining Guru in 2007, Brandon worked as Designer and illustrator for various film and printed work, and co-illustrated the children's book, "The Longest Christmas List Ever."

"Brandon is an incredible talent,” stated Vice President of Production Amy Robson. “I'm thrilled to see him move from show specific roles to an overall studio position where his expertise will lend itself to multiple projects and mentorship of emerging talent.”

Blossoming at Annecy
DreamWorks’ ‘The Mighty Ones’ Takes to the Sea in New Season 2 Trailer
Netflix Drops Sneak Peek Images from Jorge Gutiérrez’s ‘Maya and the Three’
The NFB Showcases Dedication to Auteur Animation at Annecy 2021 Studio Focus
Netflix Drops Teaser Trailer for ‘Masters of the Universe: Revelation’
‘The Lord of the Rings: The War of the Rohirrim’ Anime Feature Now Underway
Noggin Sets BBC Studios’ ‘JoJo & Gran Gran’ Debut
The Formula for Success Explained in ‘The Boss Baby: Family Business’ Video
END_OF_DOCUMENT_TOKEN_TO_BE_REPLACED