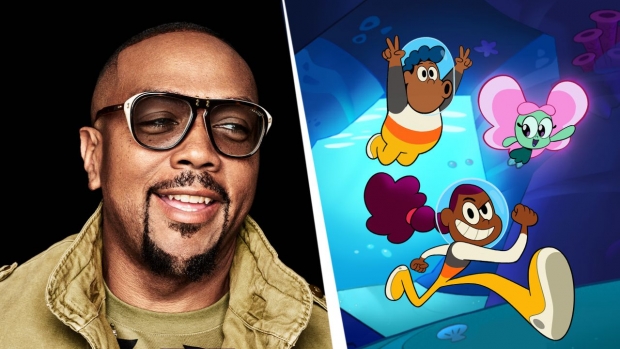 “Trying something different is what it’s all about and being a part of a kids show that’s so unique is as different as it gets for me,” shared Timbaland. “I’m looking forward to speaking to the next generation and helping to make a difference.”

The show was created by Guru Studio designer Gyimah Gariba, a Ghanian-Canadian artist who has built a massive online following for his distinct illustrative style and was recently named one of “15 Young African Creatives Rebranding Africa'' by Forbes.

Big Blue airs in Canada on CBC Kids and CBC Gem, and in the UK on Nickelodeon.