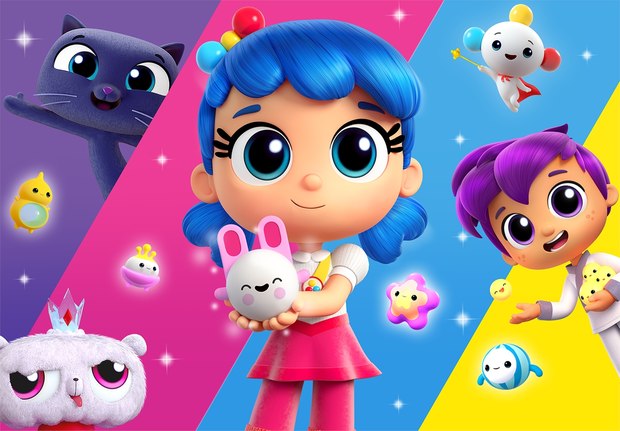 True and the Rainbow Kingdom continues to grow in popularity worldwide on Netflix as well as on Canada’s national public broadcaster the CBC where it has emerged as one of the top preschool shows. With a fourth season of the show recently greenlit, interest in the merchandising program continues to grow in North America and key territories in Europe and Asia.

“There’s no question China has emerged as one of the most significant new markets for building a global children’s brand,” said Frank Falcone, President and Executive Creative Director of Guru Studio. “The fresh energy and creative possibilities in the Middle Kingdom are frankly overwhelming and we’re thrilled to be working with such a talented and knowledgeable team to guide us as we bring our flagship preschool series to China.”

Jeff Wen, General Manager of HSK said, “We are extremely excited to be working with the incredible team at Guru. True and the Rainbow Kingdom is a property that’s filled with creativity and positive values, and has enormous potential in China.”

True and the Rainbow Kingdom is a Netflix Original preschool series produced by Guru Studio in collaboration with Pharrell Williams’ i am OTHER, world-renowned artist collective, FriendsWithYou, and Home Plate Entertainment. The series follows compassionate hero True, and her hilarious best friend Bartleby the cat, as they come to the rescue of the Rainbow Kingdom’s whimsical citizens. True is the only one that can unleash the power of the Magical Wishes from the Wishing Tree in order to set things right and keep all the residents safe. True and Bartleby’s adventures empower both girls and boys to be mindful, courageous and respectful of all living things.