Guru Arcade is headed by Design Director Ben Stirling and Producer Gareth Elliott, two creative executives with a wealth of experience in the industry. Prior to joining the company Stirling was a senior level game designer at Ganz while Elliott brings experience in video game, film and TV animation from industry leaders, including Ubisoft among others. Guru’s new interactive division helps cement the studio's focus on growing a 360 degree business capable of delivering high quality, end-to-end entertainment, with a particular concentration on creating original content for and from any platform.

Frank Falcone, President and Creative Director of Guru Studio comments, “Guru has been a key creative partner on some of the most successful cross-platform properties on the market today, such as Paw Patrol and Ever After High, and the driving force behind our own original preschool hit show, Justin Time. Guru Arcade not only gives us the opportunity to apply that creative input to every cycle and stage of an IP’s development, but also to access additional value-generating platforms, especially the crucial area of digital entertainment.”

Using funding from CMF’s Experimental Stream, Guru Arcade is developing a prototype for its first original digital gaming IP. Targeted for release on mobile and tablet platforms this exciting new game challenges a conventional concept of game play with a number of innovative twists. Additional details will be announced prior to the game's anticipated launch in late 2015. 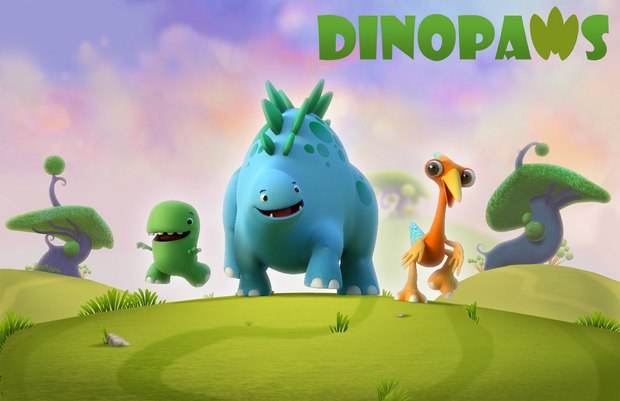 In partnership with Canada’s leading preschool broadcaster Treehouse, Guru Arcade is also developing two highly immersive, exploration-based 3D games for Dinopaws (52 x 11), a recently launch series on Treehouse and CBeebies.  The charming new preschool show follows three very inquisitive dinosaurs on a mighty mission to go everywhere that can be gone, see everything that can be seen, feel everything that can be felt, and do everything that can be done! The digital media will perfectly support the Dinopaws mission to encourage pre-schoolers to explore and experience the world around them. The 3D games will replicate the colourful landscapes and prehistoric world of the show, giving pre-schoolers a seamless cross-platform experience. The television series is a Kindle Entertainment Ltd., Guru Studio Ltd. and Laughing Gravy Media Ltd. co-production for CBeebies, BBC Worldwide and Treehouse TV.

Guru’s first foray into successful interactive projects was with Jig Jag Jog, an app containing three mini games based on its own Emmy-nominated preschool series, Justin Time. Launched last November, the games are featured on various platforms and mini-sites such as PBS’ kids portals Sproutonline.com in the US, Disney Junior’s Disneyjunior.ca in Canada, Super RTL’s Toggolino.de in Germany, and Tiny Pop’s Tinypop.com in the UK – and are available for download via the iTunes store.