12-day digital event to feature exclusive figures never before available in the US, AR tour of THE GUNDAM BASE TOKYO, and special video content including instructional painting sessions with professional modeler Katsumi ‘Meijin’ Kawaguchi. 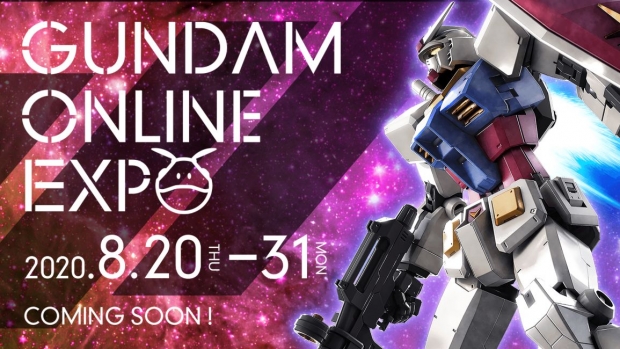 ANAHEIM -- Bandai Namco Collectibles (Bluefin) along with Bandai Namco Group companies, Sunrise Inc., and Bandai Spirits, has announced the first-ever U.S.-based GUNDAM ONLINE EXPO. The 12-day digital event beginning August 20, 2020 will showcase over 60 exclusive event figures from GUNPLA World exhibit and THE GUNDAM BASE, both of which have only been available in Asia. The exclusives will be released in two waves at 6:00 pm Pacific on both Friday, August 21 (Group A) and Sunday, August 23 (Group B) on Premium Bandai USA with free shipping on all orders over $150.00 USD. All sales will end on Tuesday, September 1 at 11:59 pm Pacific.

GUNDAM ONLINE EXPO attendees will have a chance to visit THE GUNDAM BASE TOKYO virtually via augmented reality. The experience will include a tour of GUNPLA WORLD Ver.MG, a special exhibition celebrating GUNPLA’s 40th anniversary and the MG series. This exhibit features: