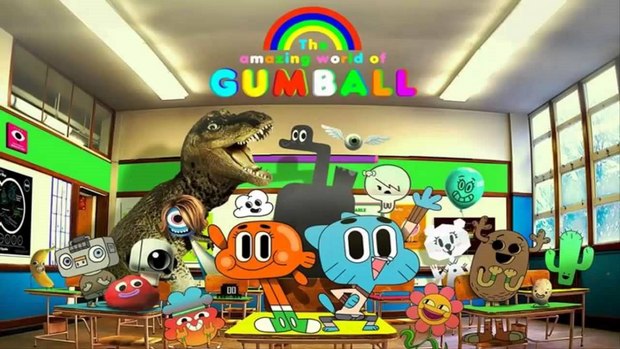 London -- The British Academy of Film and Television Arts today announced the nominations for its annual British Academy Children’s Awards, which honor the very best in children’s media. The ceremony will be held at the Roundhouse, London, on Sunday, November 23 and will be hosted by Doc Brown.

Leading the way with three nominations is Katie Morag, based on the books by Mairi Hedderwick. The show, which follows the adventures of a small girl and her family on a Scottish island, receives Drama and Writer nominations, while eight-year-old Cherry Campbell, who plays the title role, is nominated in the Performer category.

A number of programs have received two nominations each: Old Jack’s Boat, for Pre-School Live Action and Performer with Bernard Cribbins as Jack; 4 O’Clock Club for Comedy and Performer with Akai Osei as Nero; Roy and Wolfblood each receive nominations in both the Drama and Writer categories and, for the fourth consecutive year, The Amazing World of Gumball is nominated in both the Writer and Animation categories. Rocket’s Island picks up the final nomination in the Drama category and first-time nominee, Kia Pegg, completes the Performer category for her role as Jodi in The Dumping Ground.

The full list of nominees can be viewed at bafta.org/award/2014/childrens.

The BAFTA Kids’ Vote also launched today, alongside its official media partner, Fun Kids Radio. The audience award gives children aged 7-14 the opportunity to vote for their favorite film, television program, website and game. Three-time winner of the Website category, Bin Weevils, will be hoping to retain the title, despite facing tough competition from returning runners-up Moshi Monsters and Club Penguin, while each of the four Feature Film nominees also appear in the Kids’ Vote Film list alongside Mr. Peabody & Sherman, Cloudy with a Chance of Meatballs 2, Rio 2, Turbo, Planes and Muppets Most Wanted.

Voting for the BAFTA Kids’ Vote opens today, October 21 at 09:00 and closes at 16:30 on Sunday, November 23. Children can access exclusive content and competitions via Fun Kids Radio and can cast their votes at www.baftakidsvote.org.