Acclaimed director recognized for his outstanding contributions to the art of cinema at the 2017 Motion Picture Sound Editors Golden Reel Awards Slated for February 19th. 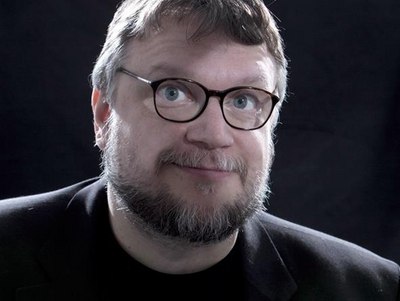 STUDIO CITY, CA -- The Motion Picture Sound Editors professional org is set to honor Guillermo del Toro with its annual Filmmaker Award. The acclaimed director of such films as Hellboy (2004), Pan’s Labyrinth (2006), Pacific Rim (2013), Crimson Peak (2015) and the forthcoming The Shape of Water is being recognized for his outstanding contributions to the art of cinema. He will receive the award at the MPSE Golden Reel Awards ceremony February 19th in Los Angeles.

A master of horror, fantasy and science fiction, del Toro is a prolific and endlessly fascinating director, whose accomplishments also extend to screenwriting and producing. “Guillermo del Toro’s relentless imagination and energy provide inspiration to all of us in the entertainment industry,” said MPSE President Tom McCarthy. “He is constantly surprising, challenging and delighting audiences worldwide. We are extremely proud to recognize his contributions to our industry and culture with our Filmmaker Award.”

“Texturally and narratively, sound and image fuse in the cinematic experience,” said del Toro. “I have spent as much time on the mixing board as I have on a stage, shooting or in a color correction suite grading the final film. To paraphrase Mark Twain: ‘The difference between the almost right sound and the right sound ‘tis the difference between the lightning bug and the lightning.’ I am thus delighted and honored to receive this award from my colleagues and partners in the storytelling experience.”

Del Toro was born in Guadalajara, Mexico. Early in his career, he worked as a special effects makeup designer and made a number of short films. His first feature, Cronos, appeared in 1993. He has since directed a wide variety of films, from comic book adaptations (Blade II, Hellboy) to historical, fantasy and horror films, two of which are set in Spain in the context of the Spanish Civil War under the authoritarian rule of Francisco Franco. These two films, The Devil’s Backbone and Pan’s Labyrinth, are among his most critically acclaimed works.