The Academy kicks off its fall programming slate with ‘In the Labyrinth: A Conversation with Guillermo del Toro’ on Wednesday, October 7 at the Samuel Goldwyn Theater in Beverly Hills. 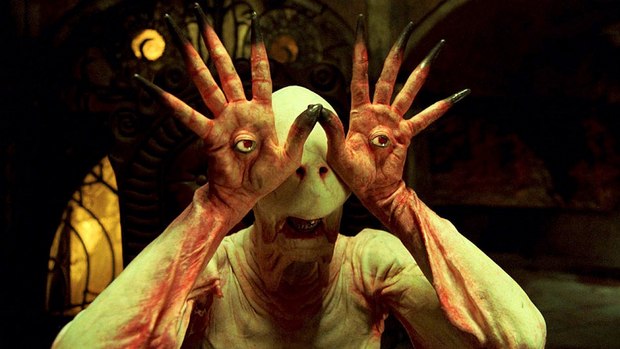 LOS ANGELES -- The Academy of Motion Picture Arts and Sciences has announced its fall programming slate, beginning with “In the Labyrinth: A Conversation with Guillermo del Toro” hosted by Academy Museum director Kerry Brougher at 8:00 p.m. on Wednesday, October 7 at the Samuel Goldwyn Theater in Beverly Hills. The Academy Museum is partnering with the Getty Research Institute’s Art on Screen on a series of public programs that bring together renowned filmmakers, artists, and scholars to explore aspects of contemporary visual culture.

Born in Guadalajara, Guillermo del Toro began making home movies at a young age and took Dick Smith’s Advanced Professional Makeup Course before writing and directing his shadowy debut, Cronos, bringing ancient alchemy to the streets of present-day Mexico. Subsequently, del Toro has switched between high-octane Hollywood thrillers and dark, war-torn fables about children losing their innocence. His more action-oriented films include the roach-infested chiller Mimic, the martial-arts adventure Blade II, the hard-boiled Hellboy series and the monster vs. robots mashup Pacific Rim, while his more fable-like films include the ghost story The Devil’s Backbone and the Grimm-inspired Pan’s Labyrinth. His new film Crimson Peak is a Victorian horror story about a haunted house in misty Cumbria.

del Toro will join Brougher for an in-depth conversation at the Academy’s Samuel Goldwyn Theater that will span the creative process behind his fully realized fantasy worlds, his passion for collecting art and film memorabilia, and much more.

Tickets are $3 for Academy members, and $5 for non-members.

Other events to be presented from October through early December include a conversation with Taiwanese filmmaker Hou Hsiao-hsien, a screening of Fellini’s Amarcord, a look back at the first days of Disneyland with Hollywood Home Movies, a new restoration of 1943’s Heaven Can Wait, an Academy Film Scholars Lecture highlighting prolific director Lois Weber, and an anniversary screening of the holiday classic Remember the Night.