Oscar-winning director to write, produce and direct animated family features for the studio. 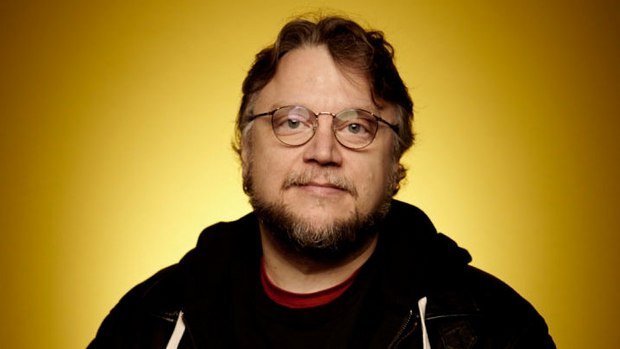 A longtime collaborator with DreamWorks Animation, del Toro’s most recent association is with DreamWorks Animation Television, headed by Margie Cohn, as the creator and executive producer of the television division’s multiple Emmy Award-winning series Trollhunters. The Netflix original series is part of del Toro’s larger Tales of Arcadia trilogy, with two more original series, 3 Below and Wizards, slated to premiere on Netflix in 2018 and 2019. On the feature film side, del Toro’s roots are also deep having served as an executive producer for Rise of the Guardians, Puss in Boots, and Kung Fu Panda 3, and as a creative consultant for Kung Fu Panda 2 and Megamind.

Known for pushing the boundaries of visual experimentation, del Toro’s involvement with the film division will extend beyond movie projects to also include working with deFaria and the studio’s many artists and technologists on some of the company’s innovative pilot programs that are developing groundbreaking techniques for advancing storytelling on multiple content platforms.

In making the announcement deFaria stated: “We are thrilled that Guillermo is adding a film partnership to the already successful television relationship he has with DreamWorks Animation. He is truly a one-of-a-kind artist, and we are eager to see his imagination on full display in the family animated feature space. Guillermo has a unique talent for creating memorable worlds and characters, and we believe the films we create with him will resonate with animation audiences for many generations to come. I am personally very excited to extend the long working relationship I have enjoyed with Guillermo and look forward to him also collaborating with us on some of our breakthrough advancements in technology and innovation.”

Del Toro added: “Animation is an art form that has influenced my work greatly since childhood. To me, it’s the perfect medium to bring to life any and all ideas, no matter how outlandish or wild. I am eager to work with Chris and the talented artists at DreamWorks -- some of the most talented people in the business -- to make these images a reality. I have worked with DreamWorks for about a decade and the horizon just keeps getting wider.”

Guillermo del Toro is a Mexican filmmaker whose stunning and imaginative film, The Shape of Water, won four Academy Awards this year including best picture and best director, after receiving an astounding 13 Academy Award nominations. Del Toro’s films have alternated between Spanish-language and mainstream American films, creating a diverse body of work across many genres from fantasy and science fiction, to action, horror and the supernatural. An acclaimed writer, director and producer, del Toro’s credits also include such notable films as Hellboy, Hellboy II: The Golden Army, Pacific Rim, The Devil’s Backbone, Pan’s Labyrinth, The Book of Life and Blade II.