Studio offers animated miniseries to networks and channels in exchange for donations to raise funds benefiting children in war zones… ‘because children in the Ukraine, or in any war zone, are the first victims of war.’ 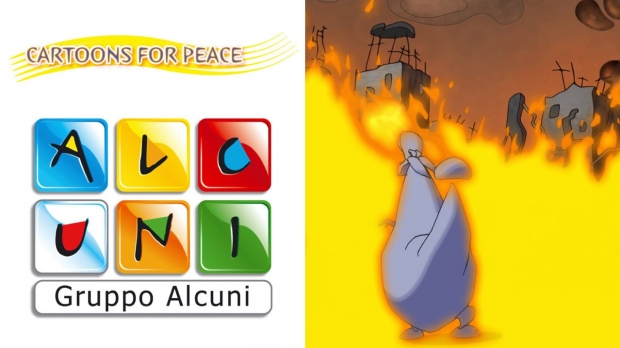 In a time of extraordinary sadness and turmoil, as the world looks on from the sidelines while watching tragedy unfold on the evening news, Gruppo Alcuni Cartoons is offering its animated miniseries, Cartoons for Peace (click to view trailer), to any world network or channel interested in airing it, in exchange for donations to fund relief efforts for children in war zones.

The project was inspired by the UN General Assembly proclamation, in the year 2000, declaring the entire 1st decade of the century “International Decade for a Culture of Peace and Non-Violence for the Children of the World.” In response, Italy’s Gruppo Alcuni developed the Cartoons for Peace project in cooperation with UNESCO’s Associated Schools Network (ASPnet) and RAI.

With the theme of “peace,” school children from around the globe created storyboards. The creative contributions came from kids in countries such as Ecuador, Egypt, Indonesia, Lebanon, Mexico, Philippines, Qatar, and Uganda. The submissions used to create a 20x1’ 2D animated series.

The Cartoons for Peace co-producers are currently making this impactful miniseries available no-cost for any television channel interested in airing it, with added benefit of no dubbing is necessary.

“We believe this animated content is still extremely relevant, because it reflects the hopes of thousands of children around the world and that hasn’t changed with time,” shared producer Francesco Manfio. “In exchange, we’d ask the networks to give a free contribution for children in the Ukraine or in any war zone, since children are the first victims of war.”