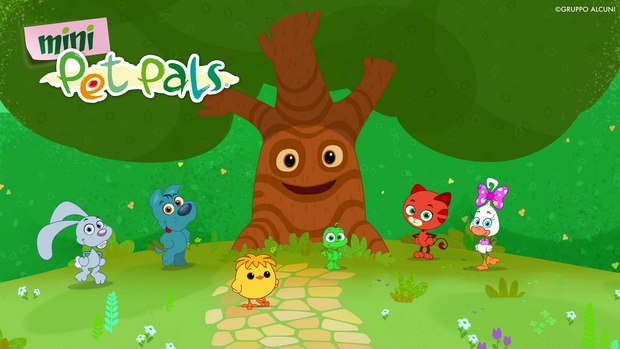 The prequel of the Pet Pals brings the adventures of six characters to the stage. Top Hat still has braces on his teeth, Nameless the chick has just hatched, Pio the frog still has the tail of a tadpole and even Holly the cat, Moby the dog and Diva the duck are still so small and helpless.

The episodes of the series deal with the emotions and the daily discoveries of young children: joy, friendship, sadness, jealousy, fear, envy. It also focuses on the inventiveness and whims of children, who are well represented by the 6 characters.  Each episode takes place in a playground and ends in a lesson; the indispensable adult figure is represented by a wise tree that intervenes at the beginning and end of each episode and each time the Mini Pet Pals need help or advice.

The series offers a lot of fun and tenderness that will cheer and captivate the young children thanks to the careful choice of music and songs. There are six different theme songs at the beginning of each episode, each with a different riddle, that the young viewers must solve.