Watch Mike Anderson and Ryan Dickie’s latest animated collaboration - created with real-time tools including Unreal Engine - set 1,000 years in the future; their film joins the network’s other original short-form content commissioned from emerging animators and comedic voices from around the world. 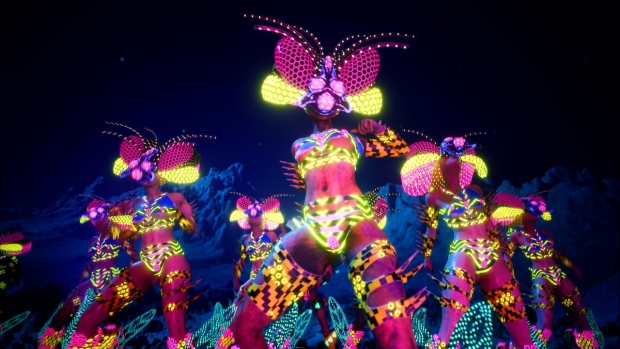 In the film, a post-apocalyptic dance adventure set 1,000 years in the future, dance is violent, and everything is hot… and Johnny can’t find his girlfriend, and when the beat drops, no one is safe.

“It’s like Step Up meets Mad Max in Bollywood,” explained Anderson and Dickie. “The beat drops, and heads explode. Inspired by Fury Road, Fist of the North Star, and S. S. Rajamouli in equal measure, we want to give audiences an unforgettable experience full of unique characters and unexpected twists.”

The 10-minute short was created using real-time 3D animation tools such as Unreal Engine alongside motion and performance capture, the animated short’s aesthetic aims to be as stunning as it is cutting edge.

Written, directed, and produced by Anderson and Dickie, the animated short stars Matt Barats, Blair Socci, Johnny Pemberton, Crystal Chau, and Demorge Brown. Dance choreography and performance are by Lauren Elly. It was produced by Alex Plapinger, with Brianna Sedor and Zac Swartout as associate producers.

Adult Swim SMALLS commissions original short-form content by emerging animators and comedic voices worldwide. Since launching in 2018, the program has released over 300 shorts globally. Fans can find the shorts on Adult Swim’s digital and linear platforms and streaming on HBO Max.