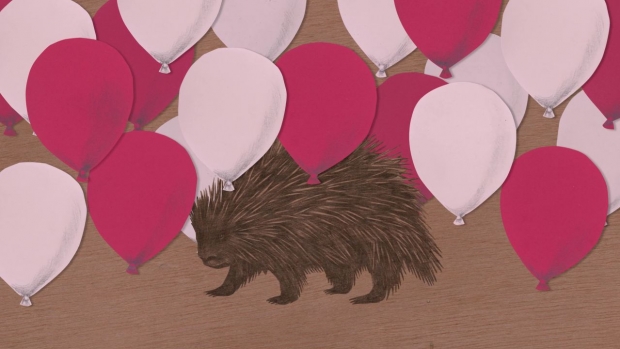 The Manchester Animation Festival (MAF) announced its 2020 Industry Excellence Awards and Film Awards winner during a November 26 virtual ceremony. This year, the UK’s largest animation festival held virtually due to of the Covid-19 pandemic. Nevertheless, it enjoyed a hugely successful event welcoming an international array of guests and delegates.

MAF trophies were presented to The Great Malaise, which was named the Best Short Film; Pearl Diver, which took home Best Student Film; and Biplane Model Kit which secured the Best Commissioned Film prize. Selected by the MAF audience, Shooom’s Odyssey won the Audience Award, with special mentions granted to films And Something Else in the student category and LLS-Grace in commissioned films. The awards presented to winners were crafted by master model makers Mackinnon and Saunders, who have brought some of the world’s best known animated characters to life - from Bob the Builder, Postman Pat and Fifi, and the Flowertots, to Tim Burton’s Corpse Bride and Wes Anderson’s Fantastic Mr. Fox.

“As with most live events we faced some incredible challenges at the beginning of the year and couldn’t have pictured the success we have had this year,” commented festival director, Steve Henderson. “This is down to our incredible audience who have once again proved that animation in all of its forms is in high demand - the festival wants to thank them as well as our sponsors, the filmmakers and guests that helped us put on our most successful year yet.”

“We were overwhelmed by the quality of the films sent to us this year and we were delighted to see so many delegates watching the programs - it’s a fantastic reminder that the festival isn’t only here for filmmakers, but it’s also here because of filmmakers,” added festival producer and programmer, Jen Hall.

The MAF continues online with 47 events, masterclasses, screenings, features and panels all available to view until November 30. Manchester Animation Festival 2021 is confirmed for November 2021 and the call for entries for the Film Competition and Industry Excellence Awards will open in the spring of 2021. Quotes are from each collective jury, not from individuals.

This year’s Film Awards, which are the festival's international film competition, have categories of Best Short Film, Best Student Film, Best Commissioned Film, and the Audience Award, selected by the audience of the Festival. Special mentions of films who impressed the judges this year have also been announced.

Special Mention: And Something Else - Director: Olga Klyszewicz

Manchester Animation Festival believes animation is for all and that all animation is deserving of celebration, and the Industry Excellence Awards celebrate the talent who work hard on the day job scripting, storyboarding, designing and animating some of our favorite television programs and commercial work.