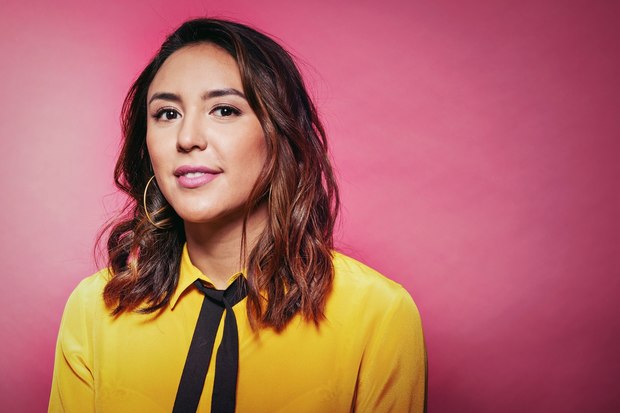 Streaming giant Netflix has signed a multi-year overall deal with Disenchantment writer Shion Takeuchi, according to a report by Deadline. Under the new agreement, Takeuchi will develop new series and other projects exclusively for Netflix.

The CalArts graduate got her start at Cartoon Network, where she interned on Adventure Time ahead of its first season and went on to work as a storyboard artist on the Emmy Award-nominated The Regular Show. That led to a stint in the story department at Pixar, where she contributed to both Monsters University and Inside Out. Turning her focus to writing, Takeuchi next worked at Disney Television Animation, where she shared two Annie Award nominations for writing for hit series Gravity Falls, and Amazon Studios, where she worked on the Emmy-winning series Lost in Oz.

“I didn’t get into storyboarding with the idea that I would use it as a springboard into writing,” Takeuchi commented about her trajectory in a 2015 interview with the Creative Writing Career podcast. “I just wanted to learn a craft and do it the best I possibly could, and a lot of my career choices have been shaped by opportunities that have just kind of popped up,” she added, noting that her first storyboarding job on Regular Show was also somewhat of a writing job:

“Regular Show is what is called a “board-driven show” in that a writer writes episode outlines, but the scenes and dialogue are written by the storyboard artist while they simultaneously storyboard it. The amount of creative control that working in that way affords the storyboard artist is really unique. Eventually the episode leaves your hands and is changed and improved by others along the way, but the first pitch is really completely your own. I had an amazing time working on Regular Show, and it was really my story-telling education.  It still blows my mind how lucky I was to be able to learn while also working on something where I was creatively able to fire on all cylinders.”