Emmanuel Lubezki wins the ASC Award in the feature film competition for Gravity at the 28th Annual American Society of Cinematographers (ASC) Awards for Outstanding Achievement. 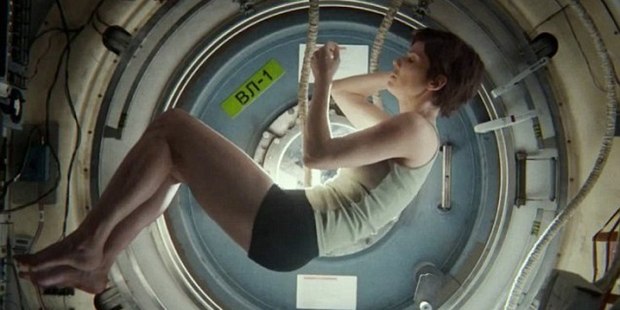 The ASC Award for best feature was presented by Caleb Deschanel, ASC. Lubezki has won the organization’s top prize twice for The Tree Of Life (2012) and Children Of Men (2007), and was also nominated for Sleepy Hollow (2000).

The other nominees in the feature film category were Sean Bobbitt, BSC for 12 YEARS A SLAVE, Barry Ackroyd, BSC for CAPTAIN PHILLIPS, Philippe Le Sourd for The Grandmaster, Bruno Delbonnel, ASC, AFC for Inside Llewyn Davis, Phedon Papamichael, ASC for Nebraska, and Roger Deakins, ASC, BSC for Prisoners.

Actress Niecy Nash presented the Outstanding Achievement Award in the one-hour episodic television category to Freeman for his work on “Valar Dohaeris,” the third season premiere episode of HBO’s Game of Thrones. This is the fourth statue for Freeman who previously won for Boardwalk Empire (2012, 2011) and Homeland Security (2005). He has also earned nominations for another Boardwalk Empire episode (2011), as well as Taken (2003), Strange Justice (2000) and Prince Street (1998).

The other nominees in the one-hour television series category were Steven Bernstein, ASC for Starz Network’s Magic City (“The Sins of the Father”), David Franco for HBO’s Boardwalk Empire (“Erlkönig”), Pierre Gill, CSC for Showtime’s The Borgias (“The Purge”), David Greene, CSC for The CW’s Beauty and the Beast (“Tough Love”), Anette Haellmigk for HBO’s Game of Thrones (“Kissed by Fire”), Kramer Morgenthau, ASC for Fox’s Sleepy Hollow (“Pilot”), and Ousama Rawi, BSC, CSC for NBC’s Dracula (“The Blood is the Life”).

Acclaimed filmmaker John Carpenter presented the ASC Lifetime Achievement Award to Dean Cundey, ASC. Cundey first attracted widespread attention when he teamed with Carpenter on Halloween (1978). The two filmmakers went on to collaborate on The Fog, Escape From New York, The Thing, Halloween II and III, and Big Trouble in Little China. Cundey’s work on Robert Zemeckis’ landmark, live-action film Who Framed Roger Rabbit (1988), garnered him both Oscar and BAFTA nominations. Cundey’s credits include the Back to the Future trilogy, Romancing The Stone, Death Becomes Her, Hook, Apollo 13, Jurassic Park, What Women Want, Garfield, The Holiday, The Spy Next Door, Jack And Jill, Crazy Kind Of Love, and the upcoming releases Walking With The Enemy and Carry Me Home.

The ASC International Award was presented to Eduardo Serra, AFC, ASC by director Edward Zwick. Serra earned his first Academy Award nomination for Iain Softley’s The Wings Of The Dove (1997), which also netted him a BAFTA Award. In 2004, he received Oscar and BAFTA nominations for Peter Webber’s Girl With The Pearl Earring. His work on such films as Jude, Map Of The Human Heart, What Dreams May Come and Funny Bones is highly acclaimed. Serra has over 50 features to his credit, including A Promise, Harry Potter and The Deathly Hallows Part 1 and Part 2, Blood Diamond, Beyond The Sea, Unbreakable, and The Widow Of Saint-Pierre, among others.

The Career Achievement in Television Award was presented to Richard Rawlings, Jr., ASC, by John C. Flinn III, ASC and Michael O’Shea, ASC. Rawlings’ first TV series as a director of photography was in 1978 on Charlie’s Angels. He went on to shoot such memorable series as Matt Houston, Stingray, L.A. Law, Boston Public, Gilmore Girls and Desperate Housewives, among others. He earned Emmy nominations for the series Ohara (1987), Paradise (1988), Reasonable Doubts (1991), and the television movie Big Dreams & Broken Hearts: The Dottie West Story (1995).

IDA, shot by Lukasz Zal and Ryszard Lenczewski, won the inaugural ASC Spotlight Award. The organization created this award to recognize outstanding cinematography in features and documentaries typically screened at film festivals, internationally or in limited theatrical release. ASC members submitted entries for consideration which went before a Blue Ribbon panel that chose the nominees. All active members voted on the winner. Also nominated for a Spotlight Award was Mark Lee Ping Bing for Renoir, and Camille Cottagnoud for Winter Nomads.

The ASC Bud Stone Award of Distinction was given to Beverly Wood, EVP of Technical Services and Client Relations for EFILM, a Deluxe Digital Studios company. The award is presented to an Associate ASC Member who has demonstrated extraordinary service to the society and/or has made a significant contribution to the motion picture industry. In 2012, the organization bestowed the honor to Milt Shefter, owner of Miljoy Ent. Inc., and a motion picture industry consultant on the preservation of moving images, recorded sound and high intrinsic value objects.

The ASC was chartered in January 1919. There are more than 300 active members of ASC, and 150-plus associate members from sectors of the industry that support the art and craft of filmmaking. Membership and associate membership is by invitation based on contributions that individuals have made to advance the art of visual storytelling.