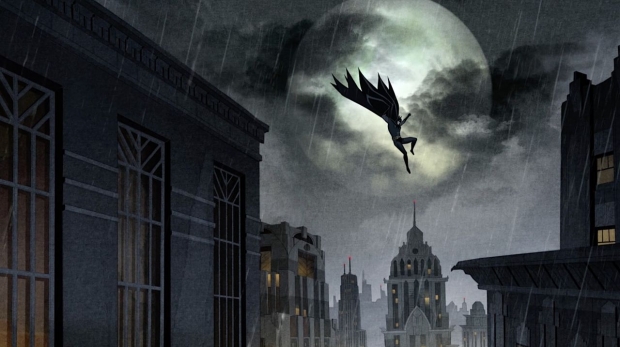 “I wanted to give the film a timeless look, kind of like the book, where you can’t pinpoint the actual time period,” he explained. “I really set out to make Gotham City a character onto itself. All the backgrounds were thought out to have a look or feel of classic cinematography. I even shadowed most of the backgrounds myself to get the right style of lighting needed for particular scenes, and to give the film that classic noir look.”

In the film, on Halloween night, Bruce Wayne (voiced by Jensen Ackles) and his butler Alfred Pennyworth (Alastair Duncan) discuss the lack of trick-or-treaters visiting Wayne Manor, and lament the deterioration of Gotham City. Little do they know what’s soon to come. From Warner Bros. Animation, DC, and Warner Bros. Home Entertainment, the film is inspired by the iconic mid-1990s DC story from Jeph Loeb and Tim Sale.