Technology innovators join forces to raise VR Capture quality to the next level through IMAX camera and Google's Jump technology. 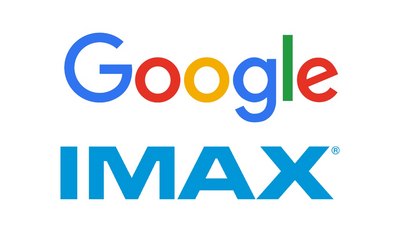 IMAX's team of engineers and camera specialists will work with Google to design the new high-resolution cameras from the ground up, leveraging IMAX's best-in-class capture technology that has become an integral tool for today's biggest filmmakers including Christopher Nolan, J.J. Abrams, Michael Bay, Anthony and Joe Russo, and Zack Snyder, among others. The camera, which will be built to utilize Jump, a platform for creating and viewing 3D 360 video, will deliver the highest-quality, most-immersive virtual reality content to consumers. "For nearly 50 years, IMAX has pioneered moving image capture to allow filmmakers to produce the highest resolution images across 2D, 3D, film and digital formats,” commented IMAX Corp. CEO, Richard L. Gelfond. "Today's partnership with Google takes us into the next frontier of immersive experiences, virtual reality, and we look forward to working with them to provide our filmmaker partners and other content creators with a level of VR capture quality not yet seen in this space. VR marks an exciting area of opportunity for IMAX and we believe this agreement, which enables us to participate in image capture and content creation, is an important first step in our broader VR strategy."

IMAX developed its first 2D 15perf / 65mm film camera in 1976. To this day, it remains the highest-resolution camera in the world, providing approximately 10x more resolution than 35mm film. IMAX has built out a suite of high-end capture devices, including recent developments of a lightweight 3D digital camera as well as a new cutting-edge 2D digital camera developed in partnership with ARRI.

"IMAX is known everywhere for their incredible immersive cinematography and sound, and we're delighted to have them contribute their decades of experience in cameras and content to the Jump platform," added Clay Bavor, VP, Virtual Reality at Google.

IMAX will also provide Google with exclusive access to pre-existing IMAX documentary content for conversion and use with Google's VR technology.