‘Son of Jaguar’ 360-degree virtual reality short produced in cooperation with Dallas-based animation studio Reel FX is set in Mexico City on the Day of the Dead. 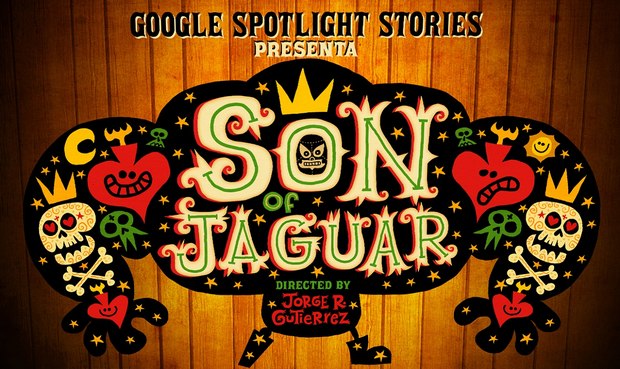 The Book of Life director Jorge Gutierrez is taking his first steps into virtual reality with a new 360-degree animated short for Google Spotlight Stories.

Entitled Son of Jaguar, the short film -- which is being produced in cooperation with Dallas-based animation studio Reel FX and is due to be released next summer -- is set in Mexico City on the Day of the Dead. Centered around Mexican wrestling, the story is about respecting tradition and the responsibility of carrying on the legacy of one’s culture.

This latest announcement comes on the heels of the news that Patrick Osborne’s VR short PEARL, unveiled at the Tribeca Film Festival earlier this year, has been shortlisted for consideration for a nomination in this year’s Oscar race.

Google Spotlight Stories was first introduced in October 2013 as a new form of storytelling made originally for mobile and VR. In these 360-degree, interactive stories, users’ phones become a window to a world all around them; as they move their phones to various scenes, they are able to unlock mini-stories within the story.

A number of other artists and studios have participated in the series as well, including Aardman with their holiday-themed Special Delivery, Nexus Animation Studios, which teamed with director Felix Massie to produce Rain or Shine, C. Shannon Tindle, the director of On Ice, and the legendary Glenn Keane, whose short film Duet was shortlisted for an Academy Award nomination in 2015.