New mobile app aimed at providing kids with a broad selection of age-appropriate, family-focused videos and channels launches at 2015 Kidscreen Summit in Miami. 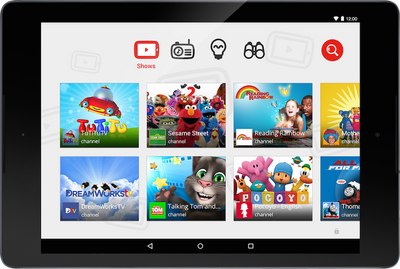 Loaded with new and existing series from popular YouTube channels including Jim Henson TV, National Geographic Kids, Mother Goose Club, DreamWorksTV and Talking Tom and Friends, as well as episodes and clips from familiar children’s TV brands like Sesame Street and Thomas and Friends, the YouTube Kids app is free, COPPA-compliant and funded by ads, which will be carefully screened by YouTube for age-appropriateness.

Ducard unveiled the app to a packed room at the Intercontinental Miami for Kidscreen Summit’s keynote presentation. “We wanted this app to be free to users and families and the business model to get to that is the ad-support YouTube model,” he said. “We’re putting a lot of effort into making sure that the content is family friendly and appropriate and we’re putting the same effort on the ad side to make sure categories that aren’t kid-appropriate don’t surface.”

YouTube Kids is available for free starting today in the U.S. on Google Play and the App Store, and will soon be available on Kurio and nabi kids’ tablets.