New interactive Google Doodle marks what would have been the pioneering German-American abstract animator’s 117th birthday. 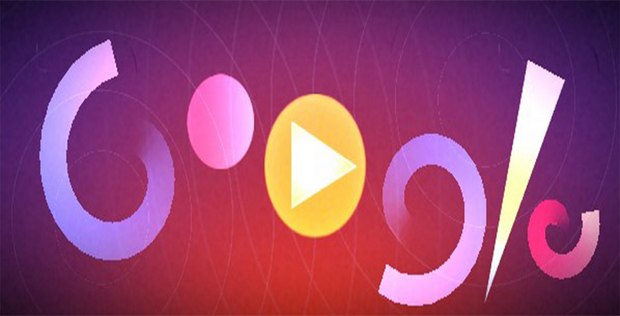 Delighting animation enthusiasts from around the world, Google paid tribute to German-American abstract animator Oskar Fischinger on Thursday with a lovely new interactive Google Doodle to mark what would have been the pioneering artist, musician and filmmaker’s 117th birthday.

Created decades before the existence of computer graphics or music videos, Fischinger’s short films are marked by a psychedelic, handcrafted aesthetic. Widely considered the father of visual music, he completed more than experimental 50 short films over the course of his career.

In addition, Fischinger worked briefly at Disney, where he created the wand animation for the Blue Fairy in Pinocchio, and was responsible for the original concept of the opening sequence for Fantasia, a job he left after he was asked to make his work less abstract. He also created the visual effects for several movies, including Fritz Lang’s 1929 Woman in the Moon, and invented the Lumigraph, a device that generates chromatic displays with hand movements.

“In the world of design, Fischinger is a towering figure, especially in the areas of motion graphics and animation. He is best known for his ability to combine impeccably synchronized abstract visuals with musical accompaniment, each frame carefully drawn or photographed by hand. A master of motion and color, Fischinger spent months -- sometimes years -- planning and handcrafting his animations.

Although mostly known for his films, Fischinger was also a prolific painter, creating numerous works that capture the dramatic movement and feeling of his films within a single frame. Unsatisfied with traditional media, he also invented a contraption, the Lumigraph, for generating fantastic chromatic displays with hand movements -- a sort of optical painting in motion and a precursor to the interactive media and multi-touch games of today.”

With an interface that operates like a basic music sequencer, the Google Doodle allows users to choose from four different instruments, with adjustments for tempo and key, and the addition of delay, bitcrusher and phaser effects. Users can click diamonds on the screen to activate notes, and the sequencer plays back a loop of their 16-beat melody in real time, with colorful shapes dancing across the screen. The resulting effect is delightfully addictive, and reminiscent of Fischinger’s 1938 short film, An Optical Poem, which is based on Franz Liszt’s “2nd Hungarian Rhapsody.” Check it out here.