Google to showcase technology preview of V-Ray GPU for Autodesk Maya on ZYNC Render and more at SIGGRAPH 2017. 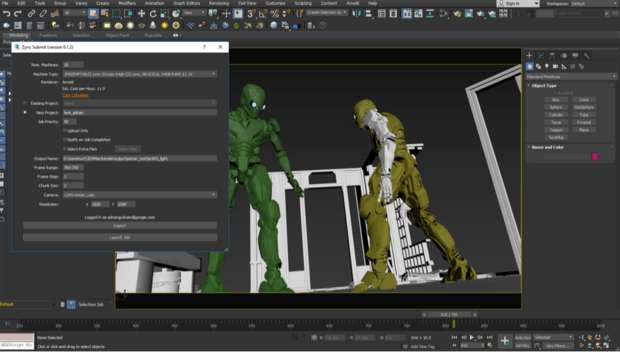 For decades, the SIGGRAPH conference has brought together pioneers in the field of computer graphics. This year at SIGGRAPH 2017, Google Cloud Platform is announcing several updates and product releases that reinforce Google Cloud Platform’s leadership in cloud-based media and entertainment solutions. At launch of 3ds Max support, GCP also offers support for leading renderers such as Autodesk’s Arnold renderer and and V-Ray from Chaos Group.

GCP is also presenting remote desktop workflows that leverage Google Cloud GPUs such as the new NVIDIA P100, which can perform both display and compute tasks. As a result, GCP is taking full advantage of V-Ray 3.6 Hybrid Rendering technology, as well as NVIDIA’s NVLink to share data across multiple NVIDIA P100 cards. GCP is also showing how to deploy and manage a GPU “farm” of hundreds of GPUs in the cloud.