Lawsuit seeks $250 million in damages over the loss of Sivero’s likeness. 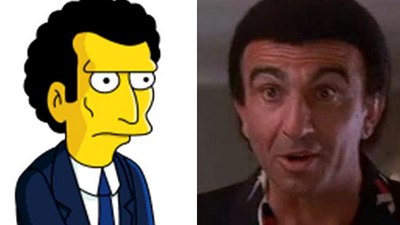 Actor Frank Sivero says that The Simpsons ripped off the Frankie Carbone character he played in the 1990 film Goodfellas, according to a report by Deadline.

In a lawsuit filed on Tuesday, October 21, Sivero asked for $250 million and more for the Springfield Mafia’s Louie.

One of Fat Tony’s crew, the Louie character first appeared on The Simpsons in Season 4 back in October 1991. Louie has been in over a dozen more Simpsons episodes since then, including one last season.

Claiming that the long-long-running animated series has made $12 billion over the decades from TV, the big screen, video games and other revenue streams, Sivero alleges in his 12-page complaint that Simpsons producer James L. Brooks was “highly aware of who Sivero was, the fact that he created the role of Frankie Carbone, and that The Simpsons character Louie would be based on this character.”

Sivero also alleges in the suit that he was promised a film of his own, and that a portion of the profits from The Simpsons franchise should now end up in his hands. Head over to Deadline to read the full story.