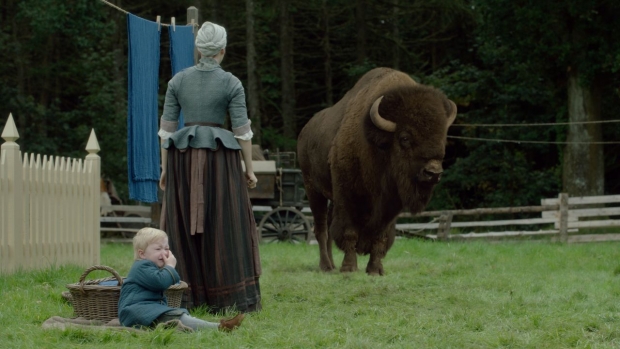 Having produced VFX work on two previous seasons of the Ronald D. Moore series, which is based on the novella series by Diana Gabaldon, Goodbye Kansas returned to collaborate with directors Stephen Woolfenden, Jamie Payne, Meera Menon, and Annie Griffin. The show’s fifth season is set in the 18th century, just before the American Revolutionary War begins.

Goodbye Kansas was initially commissioned to work on Episode 1 and 2, but the project quickly grew to encompass the entire series, ultimately expanding to 175 shots and 5 assets during the July 2019 – March 2020 production.

Standout contributions include complex assets and effects to portray a terrifying locust swarm, a stampeding buffalo, and an epic storm. Additionally, the studio created an environment extension for the Blueridge Mountains, enhanced a sequence portraying a dying man, and added effects to a dramatic flashback scene that was made to resemble a silent movie. The flashback sequence required careful work in Adobe After Effects to help create the flow and transitions which were key to the scene.